Port of NY/NJ to increase number and efficiency of dock workers, reject automation 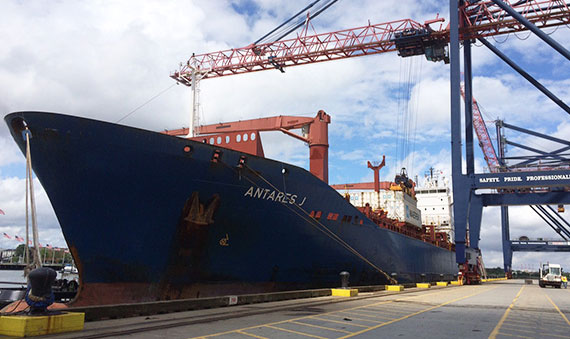 In an agreement penned in February by the New York Shipping Association (NYSA) and the Waterfront Commission of New York Harbor, the Port of New York and New Jersey will be hiring 650 more dock workers through mid-2020. The new hires will increase the registry of longshoremen - which is controlled by the commission - by eight percent, representing the largest labor increase at the port since 2014.


Most of the new longshoremen and checkers will be replacing retiring workers; around 300 will be taking new positions. The influx of new labor comes as port resources are being stretched, thanks to increases in cargo volumes, and with it the threat of increased congestion. (See main story on page 4)
New hires will be recruited according to a new formula: half of the new hires will come from the ILA and 10% will come from a pool created by the NYSA. Twenty percent of the candidates will be veterans, and 20% will come from New York and New Jersey state employment offices.
Meanwhile, the International Longshoremen’s Association has pledged to bring terminal productivity up to at least 30 crane moves per hour per gang. Part of a contract signed last September between the ILA and the NYSA, requires this increase in productivity, and, unlike earlier agreements, puts some teeth into its enforcement.
Under a new system, gangs are responsible for increasing their productivity by one move an hour each year. Workers that don’t meet these goals will get help to improve or else they may be removed from rotations and have their work hours reduced.
The flip side of these developments involves the ILA’s struggle against further port automation. The union’s strategy is preserve port jobs by heading off automation through increases in labor productivity. Dock gangs in NYNJ currently average 28 crane moves per hour, with productivity of terminals varying widely from 25 to 32 moves an hour. Labor contracts in the past have included goals for improving productivity, but did not include specific corrective actions to help achieve those goals.
Read more: Port of New York/New Jersey tackling port congestion
ILA President Harold Daggett has fought against the construction of fully automated terminals at Atlantic and Gulf Coast ports. The ILA leader considers the productivity requirements in the current contract a victory, having convinced the ILA’s employer group, the United States Maritime Alliance, to forego further automation in the six-year agreement in favor of increased labor productivity.
The ILA’s achievement has not gone unnoticed by dockworkers around the world. Daggett and the ILA have taken a “strong stand protecting their membership while fighting the ravages of automation at our ports that will ultimately decimate our membership,” said Jordi Aragunde, general coordinator of the world-wide International Dockers’ Council.
“We were totally opposed to fully automated terminals and got the guarantees from our employers that they would not construct them during the life of our new package,” added Daggett. “We are committed to give our employers far superior productivity and increase our hourly container moves, far better than any robot or automation could do.”