The vessel is now reported to be back on an even keel following a ballast transfer with unloading due to commence later today." container ship crew were forced to abandon ship after it started tilting during the night.
The MSC Matilde docked at Liverpool2 which is reportedly carrying millions of pounds worth of goods,ran into trouble in the early hours of Friday morning (May 24).
Pictures show the MSC Matilde from Panama, tilting dangerously to the right.
The coastguard sent lifeboats, tugs and a pollution response vesse l out to the scene after being contacted by Peel Ports who operate the dock at Seaforth.
The crew from the 20-year-old ship, which sails under the Panama flag, reportedly abandoned the vessel at 2am this morning, one witness told the ECHO.
The same man said he thought the ship would "capsize" because of the way it was leaning over.
A spokesperson for the Maritime and Coastguard Agency said: "HM Coastguard was contacted by Peel Ports VTS at around 2.25am today (24 May) to report that a container vessel was listing just outside Gladstone Dock on the River Mersey."
"Crosby Coastguard Rescue Team and the RNLI Hoylake all weather lifeboats have been sent to the scene, two tugs and a tier 2 pollution response vessel are on standby as a precautionary measure. MCA’s Duty Counter Pollution & Salvage Officer, Duty Surveyor and the Marine Accident Information Board have been informed.
"All ship’s crew onboard are safe and well. "
The crew eventually returned to the ship at 8.30am once the vessel was righted.
The £400m Liverpool2 container terminal is part of the Port of Liverpool, owned by  Peel Ports .
Opened in 2016 it is best known for its giant red cranes and means Liverpool  can now handle the world's biggest container ships.
https://www.liverpoolecho.co.uk/news/liverpool-news/crew-forced-abandon-container-ship-16324675?fbclid=IwAR0sdCsjaDO-KNoBF7HXACBHLNfvWte6-nrr_HmmgJLy6L1fedHnnh8P8hk#ICID=ios_EchoNewsApp_AppShare_Click_Other 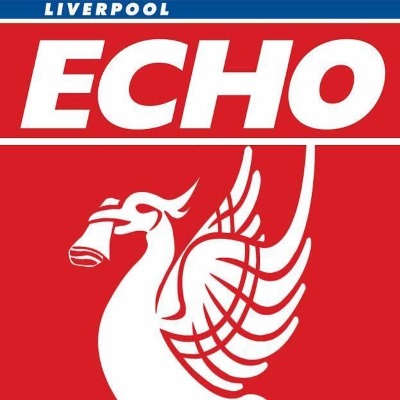 Early Friday morning on 24 May, the container ship MSC Matilde was found to be listing in dock at the Port of Liverpool, UK. As a precaution, to ensure the safety of the captain and crew, they were disembarked from the vessel. There were no reports of injuries, loss of cargo or damage to ship and operations are back to normal. The cause of the incident is still being analysed by the relevant authorities.
MSC will continue to provide full support and expertise to assist with any enquiries. 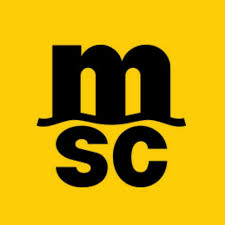 RNLI Hoylake Lifeboat Station
SHOUT: Hoylake RNLI lifeboat was tasked by the UK Coastguard at 2.44am following reports of a loaded container ship listing and in danger of capsize at the Liverpool2 Container Terminal. Hoylake’s volunteer crew were paged in the early hours of Friday morning and the all-weather Shannon class lifeboat ‘Edmund Hawthorn Micklewood’ launched within minutes.
The lifeboat arrived on scene in the River Mersey shortly after launching and found the 294m vessel loaded with containers and listing to starboard away from the river berth. Her 23 crew members had been evacuated safely to the shore and a number of commercial tugs were already on scene standing by. HM Coastguard Crosby Rescue Team were also on the quayside to offer support.
The lifeboat waited a safe distance away from the container ship while some of her crew re-boarded to assess the ship's condition and attempt to correct her list. After several hours, once the vessel was upright again, Maritime and Coastguard Agency surveyors were brought on board to check the ship for damage and confirm that she was safe and seaworthy.
Once it was confirmed by the Coastguard that the container ship was no longer at risk, Hoylake RNLI lifeboat was stood down having remained on standby to offer support for a total of 10 hours.
Hoylake RNLI Coxswain Andy Dodd said: ‘Liverpool and the River Mersey are increasingly busy with commercial traffic and this incident shows some of the significant risks that come with operations in a major port.’
‘Thanks to the efforts of the container ship’s crew, they were able to prevent the incident from becoming much more serious and ultimately save their vessel. Hoylake’s volunteer crew were glad to be of service throughout this challenging incident to provide support as needed.’