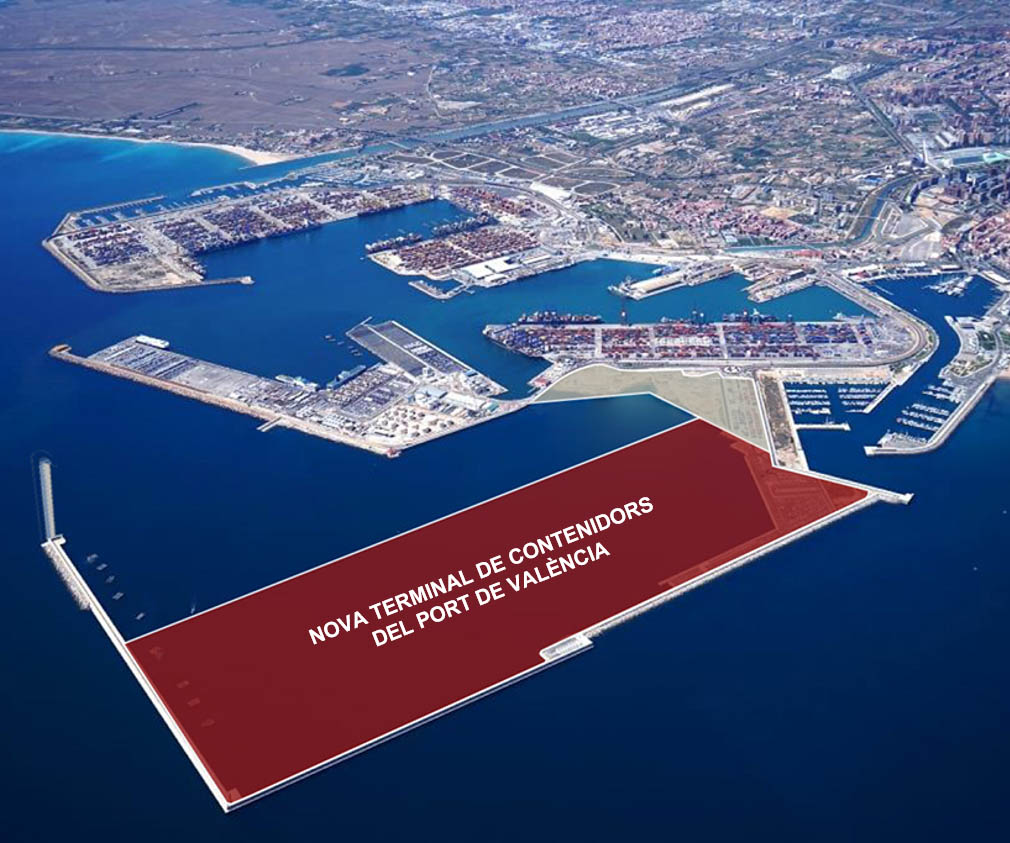 
MSC’s port terminals division, Terminal Investment Ltd Sàrl (TIL), has presented the only offer for the Port of Valencia’s fourth container terminal

Despite TIL being the sole bidder, this is not a shoe in for MSC. It will be awarded the concession only if it meets terms and conditions set out in the original tender. The length of the concession could also fluctuate between 35 and 50 years, depending on how the company’s bid is structured.

In total, investment of €1.2B will be required, with the concessionaire having to contribute between €400M and €800M depending on the operating area opted for, with the port authority contributing €400M.
The new terminal, which will be built on the northern side of the port, has been designed with a maximum berthing line of up to 1,970m and an operating area of 1.37M m2.

However, the exact dimensions will depend on the details of the proposal made by MSC. These will be made fully public on 30th May. If MSC opts to take on the maximum amount of operating area, the terminal could have a capacity in the region of 5M TEU. At present, Valencia can handle 5.5M TEU, but could potentially become one of the three largest box ports in Europe when all new works are completed.
The port authority (APV) will finance the deepening the draft within the terminal to 20m and in the fairway to 22.5m. It will also be responsible for infill work, involving the creation of a new dyke and the demolition of an existing counter-dyke, the latter built in 2012 at a cost of €200M. APV will also provide all necessary road and rail connections.
The terminal, which is scheduled to open in 2024, will be either fully or semi-automated as a means of establishing high levels of productivity, although local port unions have indicated an initial hostility towards this. €600M of the total investment made by the concessionaire will be in equipment.

Significantly, provisions within the tender did envisage bidders coming from within the port and these covered the possibility that they might then want to abandon their existing terminals, which they can do through negotiations with the APV.

At present, MSC vessels call at a dedicated terminal on the southern side of the port, which by far the smallest at Valencia and presently operating at near capacity.

Were MSC to abandon this facility, it is not beyond the bounds of possibility that Cosco, the adjacent container terminal operator, might request this as an extension of its existing facility. This would mean MSC, APM Terminals and Cosco would all have major operating areas in the port.

The success of Valencia in attracting at least one bid contrasts with the experience of Algeciras, which had to withdraw its own tender for a third container terminal for lack of interest. This was blamed on the uncertainty surrounding stevedoring reform in Spain, but this is still an ongoing issue.