South African port system will be halted for 48 hours due to racial discrimination in salaries... 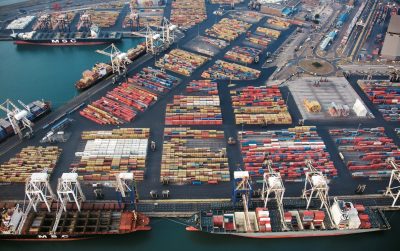 South African port system will be halted for 48 hours due to racial discrimination in salaries...

The Union of Transport and Allied Workers of SA (Satawu) of South Africa announced that it will paralyze the country's port system for 48 hours. This is due to salary differences that would be determined by the skin color of the crews of tugboats and pilot boats. The total closure of the ports announced for Thursday by the union entity is due to the discrepancies in values ​​held with the National Transnet Port Authority (TNPA) . The port entity, according to the Satawu workers, would maintain differences in the salaries that black people earn compared to whites who would obtain more resources for the same tasks.

"Our members are convinced that the employer does not care about them considering the 25 years of democracy, TNPA is still implementing wage scales of the apartheid style. If the administration does not come to the table significantly before June 3, Satawu will have no choice but to elevate the action to a secondary level where all of its TNPA members will lower their tools, "the union said in a statement.

For this reason, the strike would extend to the Port of Durban , one of the busiest ports in Africa, in addition to the facilities of Richards Bay, Cape Town, East London, Port Elizabeth, Saldanha Bay and Mossel Bay. "We have evaluated the impact of the strike and have activated contingency measures through our business continuity plans," said interim CEO of TNPA, Nozipho Mdawe.