On this day 19 December 1982 , the European Gateway was outbound from Felixstowe to Zeebruge and collided with the inbound Speedlink Vanguard in the approaches to Harwich Harbour. 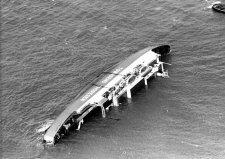 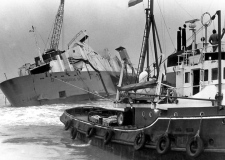 COMMUNITY figures have today remembered the six people that died in the European Gateway ferry disaster 30 years ago.
The ferry was travelling from Felixstowe to Zeebrugge when it capsized off the coast of Felixstowe following a collision with the inbound Speed Link Vanguard on December 19, 1982.
Just a few hours before the disaster, which happened at about 11pm, the people on board had been enjoying a carol service and getting ready for Christmas.
Doreen Savage, Felixstowe Councillor, was on board for the service.
She said: “We had been on it in the afternoon and we left about 5.30pm - the next thing we knew at midnight there was a phone call to say it had gone down.
“It was awful from the point of view that the people you had just shared a joyous occasion with were no longer alive.”
A massive rescue operation took place with all available boats and harbour tugs being drafted in to help – a headcount later revealed that six people were missing.
Despite communications improving since the European Gateway some believe similar incidents, like the Costa Concordia disaster, could happen again unless lessons are learnt.
Ian Heeley, who was working at the port at the time of the European Gateway, added: “With the amount of ships that go in and out of Felixstowe, you can never say that it will never happen again.”

On the evening of Sunday 19 December 1982 the "European Gateway" collided with the "Speedlink Vanguard" on the approaches to Harwich Haven. The "Speedlink Vanguard" struck the "European Gateway" approximately amidships with her bulbous bow. The "European Gateway" started to capsize and ended up resting on a sandbank on her starboard side half out of the water. Survivors were rescued by two Pilot Launches and a lifeboat launched by the "Speedlink Vanguard". Another ferry "Dana Futura" provided light with her searchlights to assist the rescue boats with their search for six missing persons. The search was eventually abandoned once five bodies were recovered leaving one missing. The "European Gateway" spent some considerable time lying on the sandbank before being salvaged by Wijsmullers of Holland. By this time she had been severely damaged by North Sea storms but was rebuilt and named "Flavia". As far as I know she is still operating as a ferry around the Greek islands under the name of " Penelope". 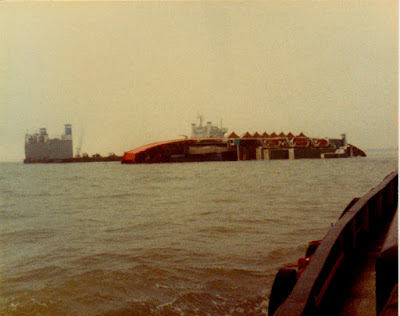 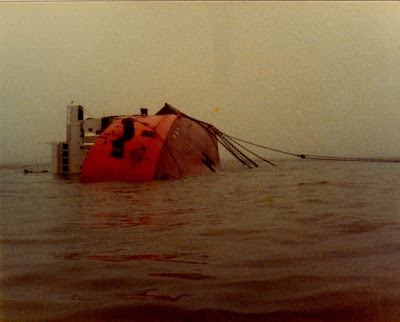 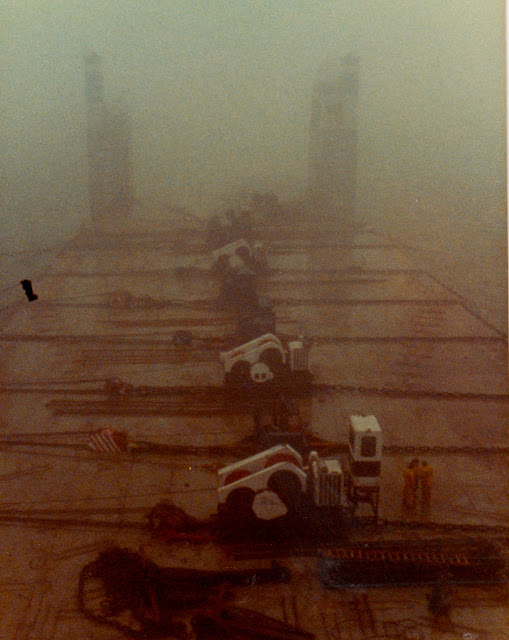 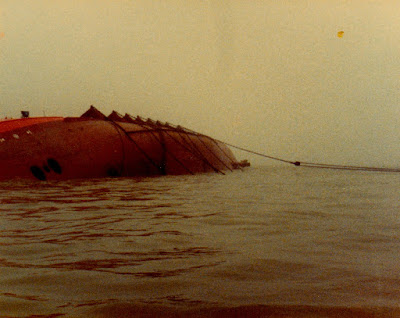 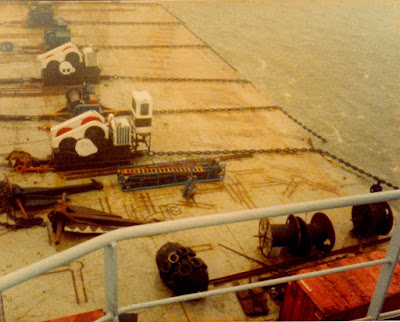 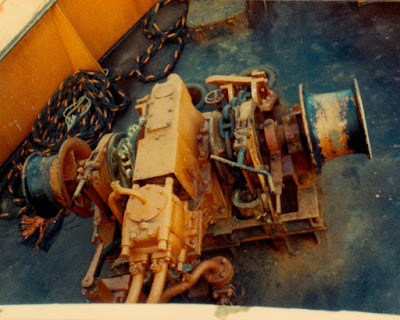 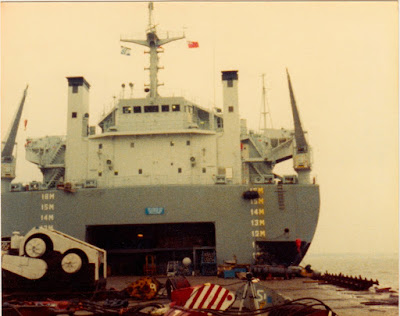 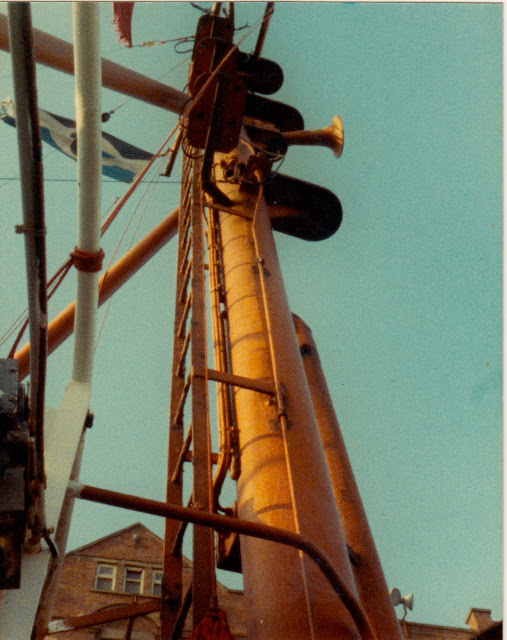 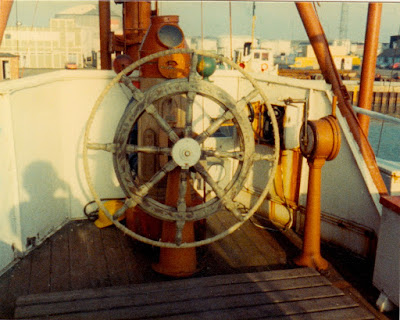 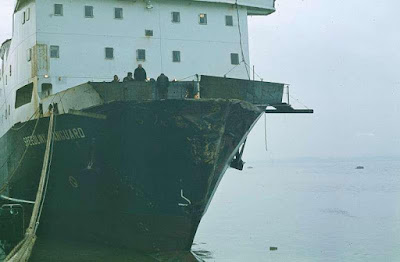 On this day 1982,
the European Gateway was outbound from Felixstowe to Zeebruge and collided with the inbound Speedlink Vanguard in the approaches to Harwich Harbour.
The bulbous bow of the Speedlink Vanguard tore a 70m hole in the side of the European Gateway below the waterline and she quickly started taking on water and listing. Within minutes European Gateway had capsized. Fortunately the depth of water was shallow, and although on her side, half of her remained above the water.
A major rescue operation was started but unfortunately, out of the 36 crew members and 34 passengers, 6 people lost their lives in this tragic accident.
After the incident, the Speedlink Vanguard remained on the Harwich to Zeebruge route until the service ended in 1987. 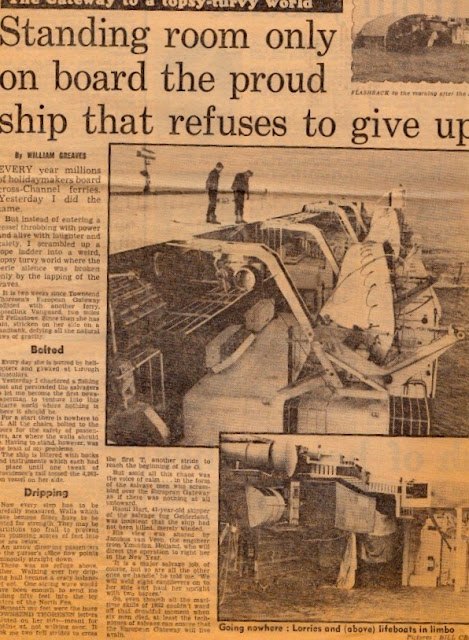 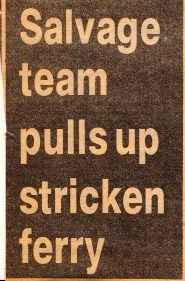 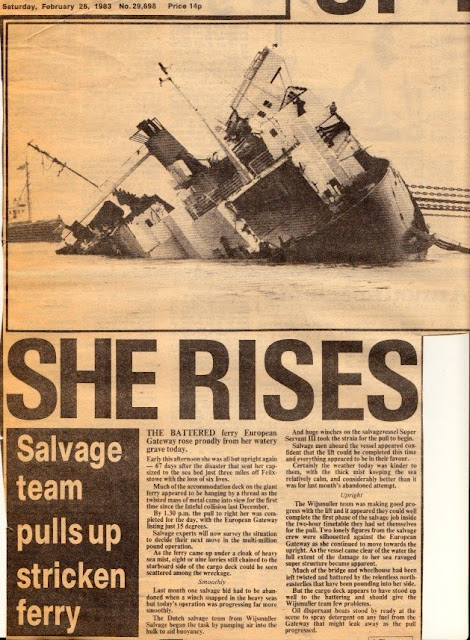 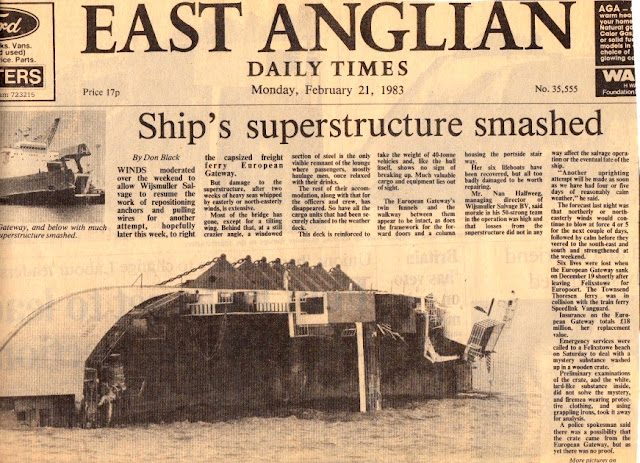 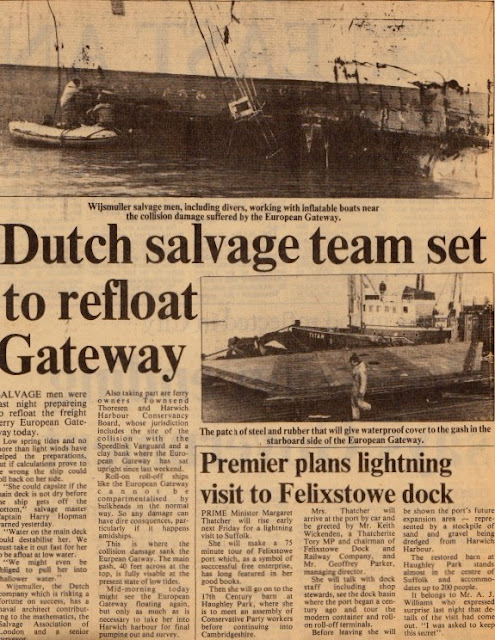 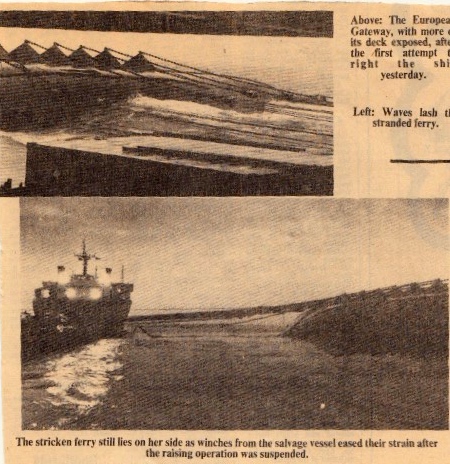