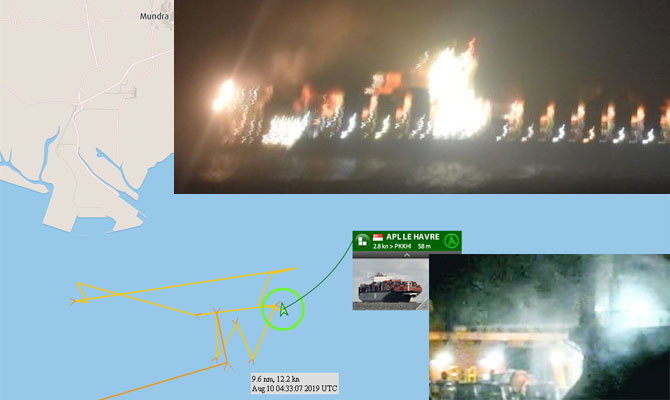 New Panamax container ship APL LE HAVRE reported fire on board in the afternoon Aug 9 off Gujarat coast, India, Arabian sea, while en route from Karachi Pakistan to Nhava Sheva India. The SHIP slowed speed and turned to Mundra Port, Gulf of Kutch. The ship was escorted to Gulf by Indian Coast Guard, she reached Gulf of Kutch in the morning Aug 10, but wasn’t anchored at Mundra Anchorage, contrary to official statement. She’s moving in logs off Mundra. Fire said to be under control, it is not clear where exactly fire started, probably in containers. If so, fire can hardly be put under control in such a short time. Crew reportedly safe. Awaiting updates.


Erofey Schkvarkin
Erofey is a Merchant Marine Captain with more than 20 years experience in commanding oil tankers. He works as a Captain, being most of his time at sea. He contributes maritime news.