Norway - The port conflicts are settled and revived

For almost a decade, a number of disputes related to the port agreement have been pending. At most, there were about ten disputes. Before the summer of 2019, the last major dispute in Mosjøen was resolved through a settlement that marked a preliminary point on the conflicts, but the legal disputes over the position of port workers live on in the European Court of Human Rights, and a new case before the European Court of Justice. 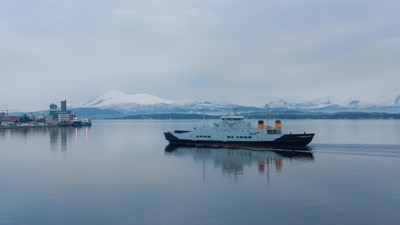 Background to the port conflicts
The port workers have been handling the cargo handling in Norwegian ports for more than 100 years and through the former Southern and Northern Norway agreement, among other things, have offered a flexible and adapted workforce that handled unloading and loading when the ships arrived. This agreement came to an end through negotiations to ensure employers were properly staffed when the ships arrived.
The agreement meant that the port operations could have a crew adapted to the company's ordinary operations, while the port workers ensured that the additional tasks that came with the ship calls were handled by experienced professionals. 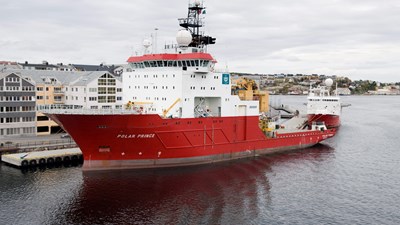 The Labor Court mirrors the collective agreement - the exception is the main rule
In the preamble to the Labor Court's ruling of "October 8th Judgment" of 2014, the port workers were informed of a document stating that a strategy was laid down by the employers and the port owners to remove the so-called "port worker monopoly".

This strategy was tested for the Labor Court and the exceptions to the collective bargaining agreements for unloading and loading over "own facilities" were under consideration. After the "own plant" provision came into effect in 1936, the exception was used exclusively by production companies, and usually with its own private quay that handled products from its own production. 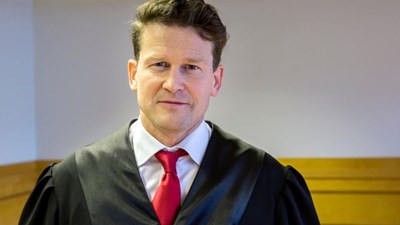 The Labor Court placed little emphasis on this and considered the exception for "own plant" also included companies that unload and load as part of ordinary freight handling. With this judgment, the tariff provision was mirrored - the exception was made a general rule and the judgment laid the basis for the employer side to be detached from the collective bargaining agreement if the port business had an exclusive lease with the owner of the quay facility.

Supreme Court, EMD and EU Court
Two years later, in December 2016, the Supreme Court ruled that boycotts were not a permitted means of fighting the Framework Agreement (one of the two port agreements) vis-à-vis a business where the owner was resident in another EEA / EU country. In the opinion of the LO and the Joint Federation, the verdict is contrary to the European Convention on Human Rights and the case was appealed to the EMD in 2017.
After two years of case processing it is now clear that the EMD will handle the case, read here.

A short time ago, it also became clear that, in a case in Spain, the European Court of Justice will deal with the question of a collective bargaining agreement that gives the duty to entrust the work to the port workers in accordance with competition and establishment rules.

Consequences for the port workers
In spite of the legal breaches that are still ongoing, it can be stated that in many ports the unloading and loading of goods is handled by the same port workers who performed the work before the Supreme Court judgment. Nevertheless, many port workers have, after years of conflicts and labor struggles, been left without work and with great financial losses.
Many of these are still without work and without social security rights. Internationally, there is also a development in several ports where foreign seafarers aboard ships with flags of convenience carry out the unloading and loading work, on far lower terms than the port workers have negotiated.

National room for maneuver
The sitting government, and the current parliamentary majority, have so far accepted this practice despite the fact that it is a large national area of ​​action.

For example, two independent investigations have concluded that Norwegian pay and working conditions can be introduced in Norwegian ports, and that a generalization of wage regulations is compatible with EEA law. Wage conditions in Norwegian ports are, in other words, a political issue that it is up to the elected representatives in the Storting(Parlament), ultimately the voters, to decide.

Dockers Hangarounds was started by SUPPORTERS of Dockers worldwide:
«Dockers Hangarounds - people who sympathize and support dockers Internationally.
Admins are supporting working people from different parts of the world»
We fights are for all the Dockers,Longshoremen,Wharfies,Stevedores worldwide,and to inform all Working Class Unions.
The worst thing that can happen is a dispute between unions.
International,national and local unions from the entire working class needs to stand together shoulder to shoulder!
Don't forget to invite your friends from all Unions...