Sweden-From Svenska Hamnarbetarförbundet Behind the scenes, the port drama continues 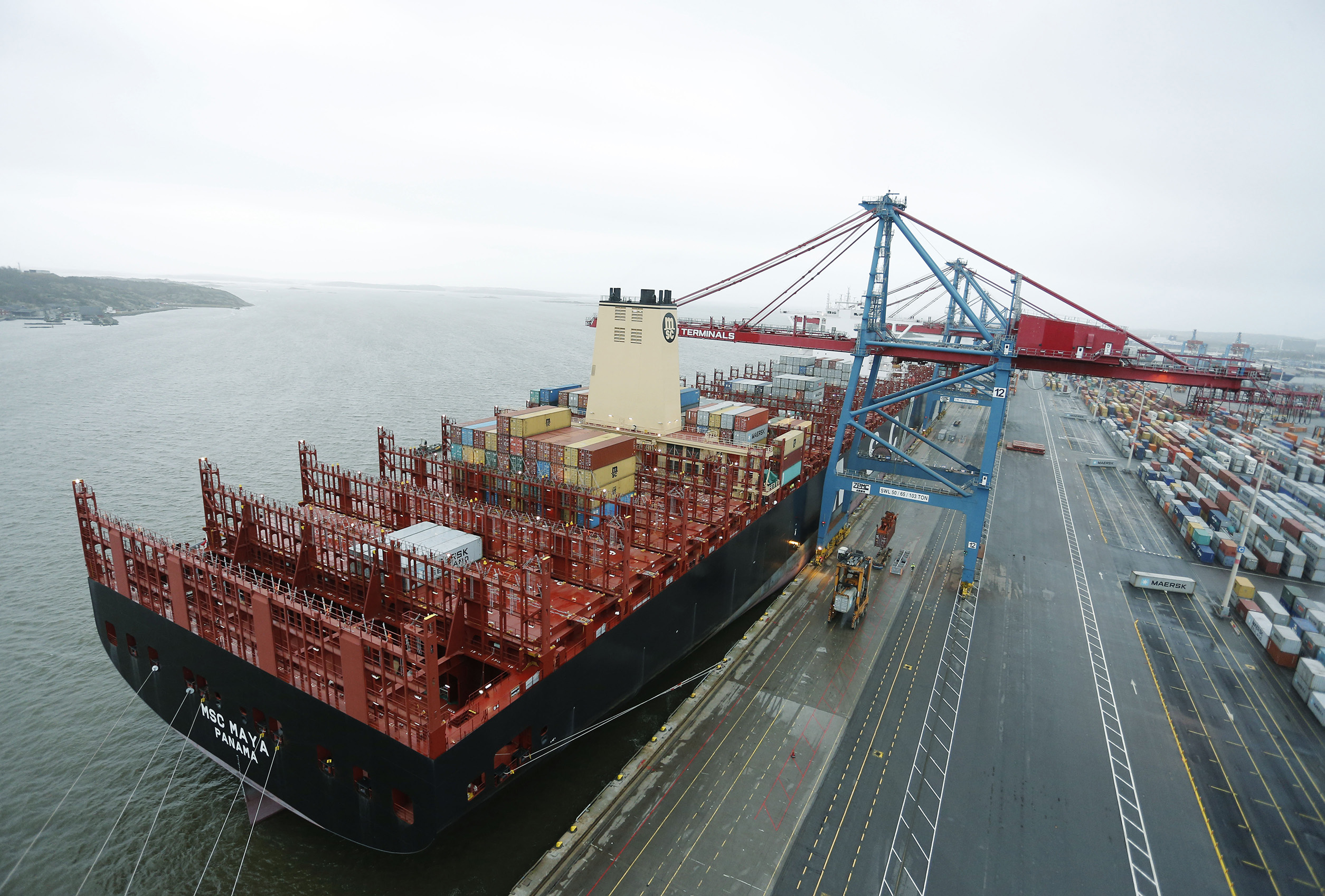 Sweden-From Svenska Hamnarbetarförbundet
Behind the scenes, the port drama continues
What had started as just over a thousand dockyard workers' struggle for collective bargaining grew into a popular movement for trade union rights and freedom of association. And we won! But the fight for influence in the workplace is far from over.

- Hello Karin, can you help me fix a thank you card to my colleague?

I smile to myself, thinking about how different my working day is now compared to six months ago. When people ask me to tell them about the time at Hamn4an during the conflict this winter, I always end up with the description "like living in a movie". Although not one of those cozy documentaries where you just sit and wait for the main characters to run hand-in-hand over blossoming delights in the sunset, but rather a psychological thriller where it seems to crash increasingly into hell the further into the action you come.

The tasks for me and my colleague last winter were undeniably of a heavier nature. It could be about supporting members who called in despair about having been blacklisted by the port companies, to deal with everything from extended half-truths to outright lies in the media, and to try to do what we could to facilitate the elected officials who were no longer available for their union assignments - union work was considered to be a "hobby" that they had to devote to their leisure time.

But somewhere in the closing seconds of that damn roll, something happened. What had started as a struggle for collective bargaining by just over a thousand workers was a popular movement for trade union rights and freedom of association. And for those harbor workers who have been given the ungrateful task of sitting at the Confederation House and repeatedly getting the same sham ban, the support that rolled in in the form of statements and contributions to the strike fund meant just about everything.

Because even when the "impartial" mediators went out and openly took the employers' side in the media, our representatives knew that there are people out there who have seen through the scam. Who understands that it is not unreasonable to demand an agreement containing the rights that result from the law.

And we won! The small, member-democratic federation signed a collective bargaining agreement despite all the heavy powers they had against them. "So damn good," said tear-eyed, victorious harbor workers in live broadcast outside the negotiating room, while last winter's snowflakes fell to the ground and melted away. Had this been a movie then the subtitles would have started rolling here.

But unfortunately, it is not really how reality works.
Hardly had we swallowed our first chew of the victory cake before the Port of Sweden went out and announced that the similar agreement signed less than a day since mine did not give the Port Workers' Association the right to enter into local agreements. Member companies that opposed this injunction would be threatened with financial penalties or even exclusion.

We sighed and tasted our cake. The sweetness of the victory was mixed with the half-sunk taste that this was just the beginning of a new, more low-key movie at a slower pace.
All this in the end sucks the must out of one.

And that is where we are now, as I sit and edit a thank you card to a member who recently resigned from one of the terminals in Gothenburg after 25 years on the quay. He can't cope anymore, his colleague and friend say. The conflicts that are constantly on fire, distrust of the employees and the downgrading of their experience and knowledge, the uncertainty for the future when the port companies outsource services to staffing companies rather than hiring - all this in the end sucks the must out of one.

So while on the surface it may seem more comfortable to write congratulations than helping blacklisted members, my current work bears witness to a day-to-day life that, despite the agreement, continues to drag on our members. The struggle for influence in the workplace is far from over.

When the card is ready, I proceed to read through the lawsuit we filed against one of the port companies, which, among other things, failed to call us for local negotiations and to participate in risk assessments.

How it will go in the Labor Court is interesting for several reasons. Especially since the judgment will clarify what a second agreement in the Swedish labor market is actually worth, but the outcome will have a greater impact than that. How can the central organizations that have enforced the restrictions on the right to strike can justify to their members that the new law will only mean an adjustment of the conflict rules that will not affect them if a second agreement proves worthless? What is the point of going into conflict for a collective agreement if this agreement does not have any influence on everyday issues in the workplace?

The curtain may have gone down for this time, but behind the scenes drama continues.