A rescue operation is underway for a Bourbon tug with fourteen crew members on board after the vessel found itself caught near the eye of Hurricane Lorenzo in the Atlantic Ocean.
France-based Bourbon Offshore said its offshore tug Bourbon Rhode was in transit approximately 1,200 nautical miles off Martinique island, located in the Caribbean Sea, when it sent a distress signal that picked up by French authorities on Thursday morning.
At one point the Bourbon Rhode was reported as being just 60 nautical miles from the eye of Hurricane Lorenzo, a major Category 4 hurricane, according to Bourbon.
The vessel is experiencing water ingress in the rear part of the vessel.
“A crisis cell has immediately been activated and it ensures the coordination, out of Marseilles, of the rescue of the vessel and its crew, in close collaboration with authorities, including the Regional Operational Center of Surveillance and Rescue (CROSS) West Indies-Guyana,” Bourbon Offshore said in a statement.
Authorities have diverted the Marshall Islands-flagged bulk carrier SSI EXCELLENT to render assistance. As of Thursday, the bulk carrier was located approximately 200 nautical miles from the tug. Arrival on scene was anticipated for Friday morning.
“An update on crew and vessel situation will be published as soon as possible,” Bourbon said.
Bourbon Rhode is part of Bourbon’s fleet of terminal tugs which provide assistance operations, standby, and support of offshore oil and gas terminals, and is specialized in assisting FPSOs.
Update: A search for the offshore tug Bourbon Rhode with fourteen people on board is now underway with a general cargo ship now in the search zone.
Bourbon said in a update that weather conditions remain particularly adverse in the search area due to impacts from Hurricane Lorenzo.
According to reports on social media, at least one NOAA hurricane hunter aircraft have been diverted to assist in the search. “Other maritime means are being mobilized in order to provide assistance to the crew, as well as air support from NHC (National Hurricane Center),” Bourbon said in an update.
The rescue is being coordinated by the Regional Operational Center of Surveillance and Rescue (Cross) of West Indies-Guyana.
“The crisis cell is working in very close cooperation with the Cross. BOURBON’s teams are mobilized to keep the families of the crew members informed and bring them full support in this difficult time,” Bourbon said.
On Thursday, the NWS National Hurricane Center reported that Hurricane Lorenzo had maximum sustained winds of near 140 mph with higher gusts, a major category 4 hurricane on the Saffir-Simpson Hurricane Wind Scale. Hurricane-force winds extended outward up to 45 miles from the center with tropical-storm-force winds extended outward up to 255 miles, according to the NHC.
The storm weakened slightly on Friday, but remained a Category 4 hurricane with sustained winds of 140 m.p.h. 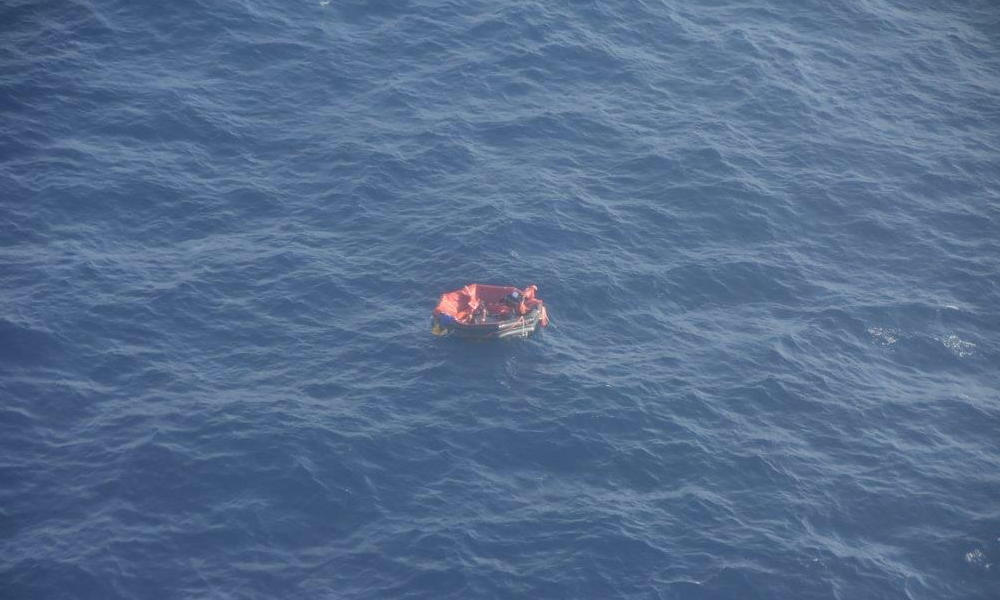 A search-and-rescue operation is underway in the Atlantic Ocean after a tug supply vessel sent a distress call while taking on water near Hurricane Lorenzo, French officials say. Three people have been rescued but 11 others remain unaccounted-for.
The vessel, the Bourbon Rhode, was traveling from the Canary Islands to Guyana when it sent a distress signal on Thursday morning, when the ship was roughly halfway between Africa and the Lesser Antilles, or 60 nautical miles (111 kilometers) from the eye of Hurricane Lorenzo.
A statement from Bourbon, which provides marine services for offshore oil and gas companies, said the Bourbon Rhode was taking on water in the rear at the time of the distress call. A crisis cell was immediately activated and the search is being coordinated from Marseille, the company said.
The bulk carrier SSI Excellent, which was 200 nautical miles (370 km) south of the ship, changed course and arrived in the area on Friday morning, but the search was hampered by waves up to 7 meters (23 feet) high and visibility of less than 1 nautical mile (1.8 km). They were later joined by a Hurricane Hunter from the U.S. Air Force, and the French frigate Ventôse is expected to arrive on Sunday night or Monday morning.
Three of the crew members were rescued on Saturday when their lifeboat was spotted by a French Navy plane, but 11 crew members remain unaccounted-for. The crew members were taken on board a commercial vessel, where they were placed under medical observation.
“It has been confirmed that the vessel has sunk. The search continues to be carried out in weather conditions that are improving,” Bourbon said in a statement on Saturday, adding that numerous flyovers were being carried out by U.S. and French planes, and commercial vessels have changed their course to provide assistance.
Some of the crew members of the Bourbon Rhode are reportedly from Ukraine, but a company spokeswoman would not comment on the nationalities of those on board. The Luxembourg-flagged ship is described as highly maneuverable and is able to assist with offshore oil and gas off-loading, terminal assistance, and anchor handling. 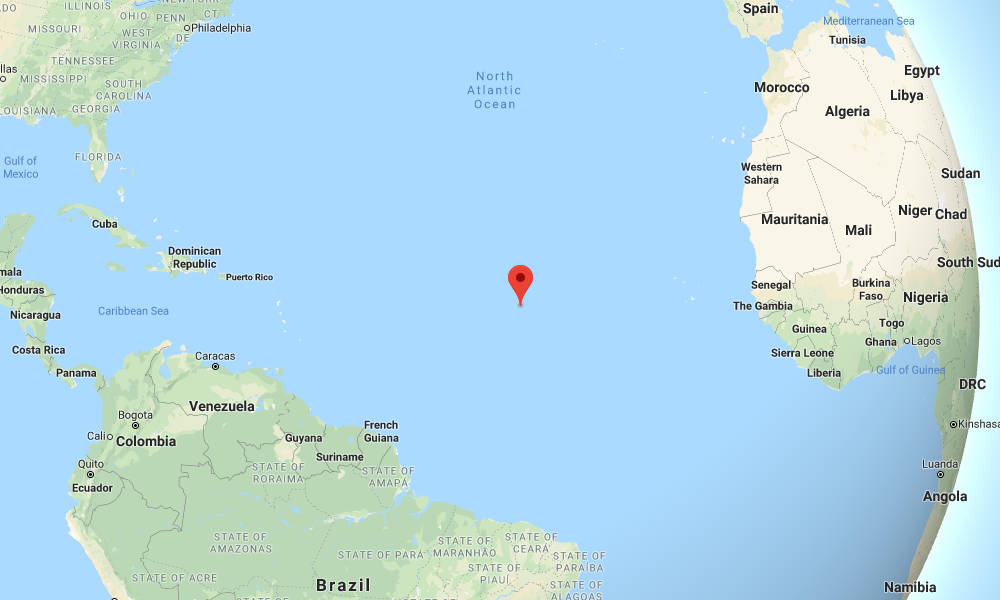 In the context of search operations of tug supply vessel Bourbon Rhode started on September 26, the mobilized rescue teams have recovered a lifeboat with 3 crew members on board, the lifeboat having been identified by a Falcon 50 especially equipped for this type of mission and sent by the French Navy. The 3 crew members are currently taken in charge by the medical support team onboard the commercial vessel, which provided assistance, and are currently placed under medical observation.
It has been confirmed that the vessel has sunk. The search continues to be carried out in weather conditions that are improving. All necessary means are implemented by the Cross AG and the French Navy, under the authority of the Prefect representing the State’s maritime authority, namely numerous flyovers carried out by the Falcon 50 over the search zone. Numerous commercial vessels have had their course changed in order to bring assistance, as well as a plane of the U.S. National Hurricane Center.
The crisis cell put into place by BOURBON works in very close collaboration with the Cross AG and the French Navy. BOURBON’s teams are mobilized to keep the families of the crew members informed and bring them full support in this difficult time.
An update on the situation will be published soon.

The latest news received from 3 survivors: They managed to launch 4 Life rafts // 12 crew members boarded these 4 Life rafts // I am assuming 3 in each LR // ETO and 2nd Engineer sunk with the ship // 2 survivors are Ukrainian ABs and 1 survivor is Russian Flying fitter // Except the fact that 3 survivors were found, these latest news, which were revived from the closest source to rescue operation, still should be officially confirmed //

Thanks to Ray Gamble for the above info
on September 28, 2019