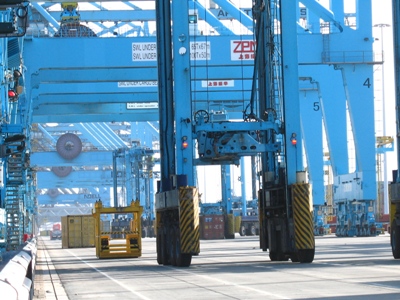 There is even talk of a potential buyer emerging, although this has been denied by APMT-R’s local spokesperson.

APMT-R currently handles around 2.5M TEU per year and has a nominal annual capacity of 3.25M TEU.

The conventional, straddle carrier-direct terminal, with around 600 staff, sits on the foot of the Delta Peninsula, where ECT launched its first Maasvlakte-based terminal in the early 1980s - Delta Multi User (DMU) on the Europahaven. The three other CTs on the Delta Peninsula are ECT’s DDN, DDE and DDW (Delta Dedicated North, East and West).

The 100-ha APMT-R facility has 13 STS cranes, five of which are 23-wide, and one barge-to-shore crane along 1,600m of linear quay wall. The CY has 2,250 plugs for refrigerated containers. 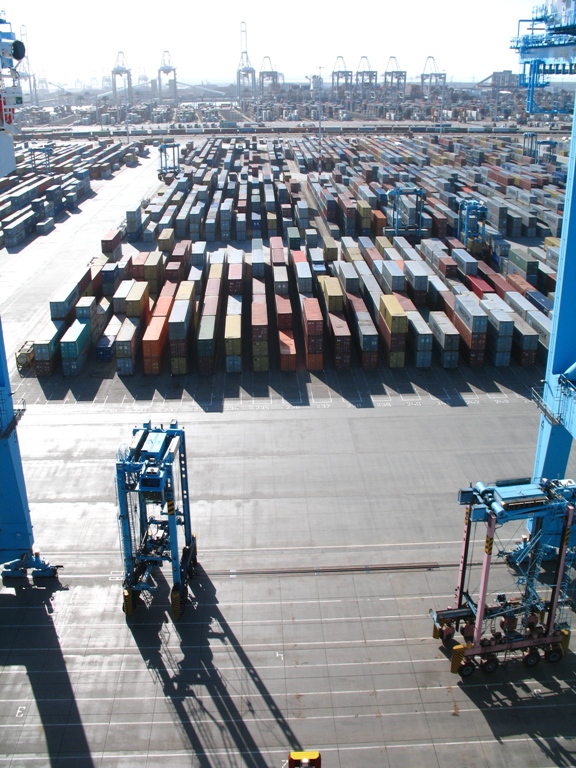 Speculation about a sale follows last week’s staff meeting, where it featured among a number of options for the future, which was the sole agenda item! APMT’s local spokesperson confirmed this to Algemeen Dagblad, which scooped this news.

The APMT-R site came into APMT’s hands in 1999, and the concession officially expired in 2015.

By 2025, it is forecast, phase 2 of APMT’s automated terminal at Maasvlakte-2 could be fully operational.

One seasoned Rotterdam port figure has suggested that ECT would be the most logical candidate to buy APMT-R, but that would seem to be a strategically-driven defensive action.

ECT’s negotiating position might include a dowry in the form of Maersk commitments. Significantly, other senior Rotterdam port figures suggest that ECT might also enjoy well motivated commitments from MSC, APMT-R’s major customer through the 2M alliance with Maersk.

APMT-R sits longitudinally to the Delta MSC Terminal, which is leased from ECT by a joint venture between MSC’s Terminal Investment Limited (TIL) and ECT. The 2.2 M TEU installed capacity, 63-ha terminal was the world’s first semi-automated terminal (manned STS gantries with AGVs and ASCs) built for launching customer Sea-Land in 1993.

Delta MSC Terminal’s 1,001m of quay wall and that of APMT-R would give the Geneva-based carrier 2,601m of linear quay wall and an annual capacity of at least 5M TEU. Apart from the safety net that this united facility might stage in the case of disruptions in other ports in the region, including MV-2, APMT-R’s conventional straddle carrier operation has a good track record.

Having been named Europe’s fastest CT a few times, APMT-R already set a 41.6 GMPH record in September 2015. Additionally, as a manned, flexible straddle carrier operation it can respond to acute schedule and window changes faster than the MV-2 automated terminals.

ECT abandoned straddle carrier-direct operations when it sold DMU to APMT 20 years ago and, moreover, it has room for growth at its Euromax terminal. At the same time, more of its business for alliances whose members are shareholders of either APMT Maasvlakte II or Rotterdam World Gateway (RWG) will gradually leave ECT once second phases of the two MV-2 terminals are developed.

APMT-R is the only conventional container terminal at the Maasvlaktes.