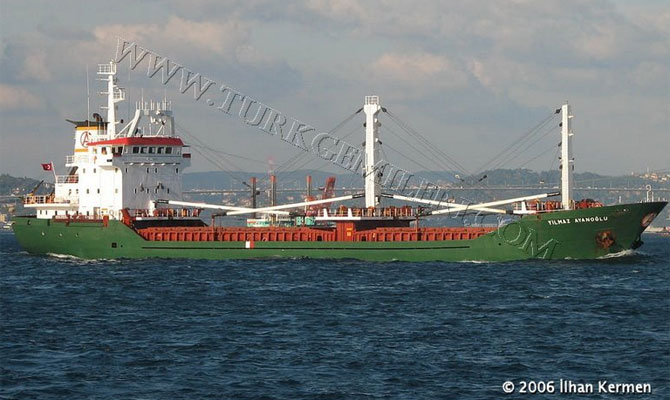 Chief Officer on board of general cargo ship YALIKOY died after being hit, reportedly, by a snapped mooring line, during berthing at Sagunto port, Spain, in the morning Oct 8. Paramedics declared him dead when they arrived on board. Another crew was injured, but not seriously. Chief officer was of Turkish nationality.
General cargo ship YALIKOY, IMO 9166510, dwt 4600, built 1999, flag S-Vincent, manager WHITE SEAGULL SHIPPING LTD, Mersin (EQUASIS).

We're in receipt of information from a friend, which informs us about a fatal accident that occurred earlier this morning at the Spanish port of Sagunto (Valencia).
As the article liked-to below indicates, a mooring line attached to M/V YALIKOY broke a mooring fitting (perhaps a bollard). A piece of the fitting was propelled by the energy stored within the line, and struck the vessel's first officer.... killing him.
Another (unidentified) worker was less seriously injured.
The pdf-formatted media account provided below is a rough translation from the original Catalan, while the url link below is a late-arriving press account.
https://www.fleetmon.com/maritime-news/2019/27377/chief-officer-killed-snapped-line-spain/
Ron Signorino