Demolition of the Morris Ship to shore crane on Felixstowe Trinity 2. 9th October 2019 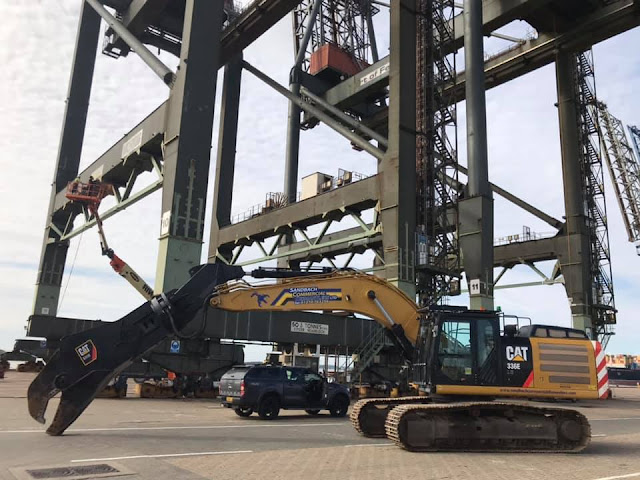 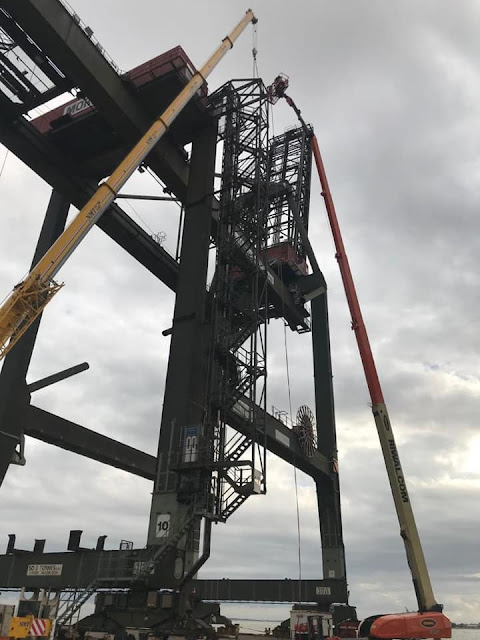 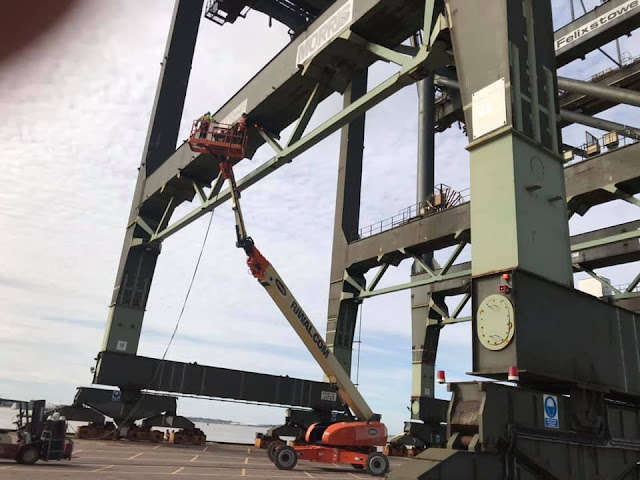 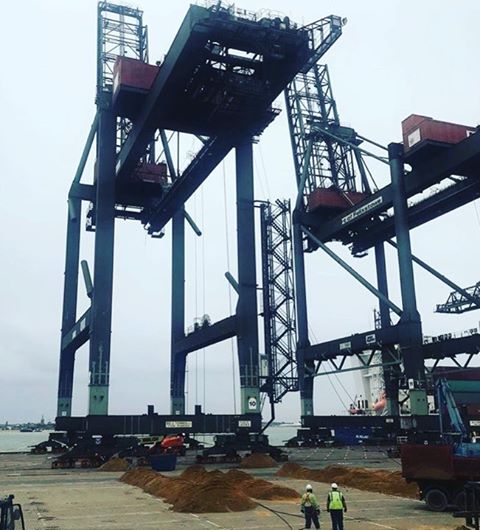 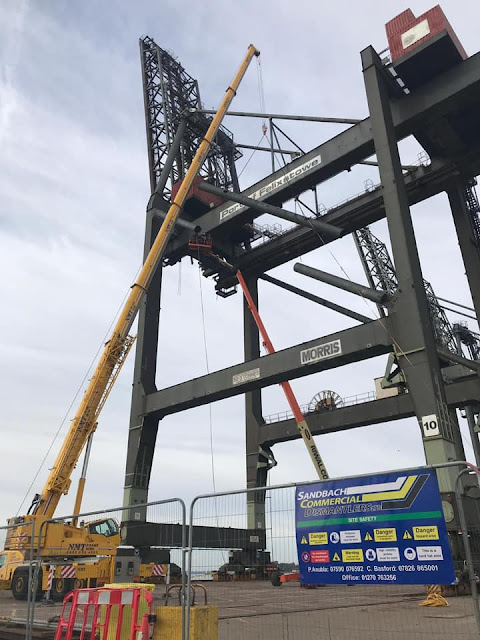 The British built Morris crane was built in 1981 on the quayside and has served for many decades and after all those years the time had come to say goodbye to another crane on the Trinity Terminal. Preparations had taken place from the 16th September to weaken her structure to help her collapse under controlled conditions. The original plan was to bring her down on Tuesday 8th October but the demolition was postponed due to the strengthening winds. The demolition was rescheduled for 24 hours later. 23 hours later, and the demolition was confirmed for midday, final preparations were taking place. At the same time, 12 miles out in the North Sea, the Monte Cervantes was boarding a pilot at the Sunk Pilot Station inbound for Felixstowe Berth 5. The pilot was a bit concerned of the demolition as there was a 150 metre exclusion zone in force and didn't want to be in the harbour when it was collapsing. The pilot still proceeded in at normal speed but kept in constant contact with Harwich VTS for updates. Midday came and went, and no demolition. There was still a cherry picker alongside with a person doing some hot works. As the cherry picker began their descent to the ground. VTS confirms that there was a 15-20 minute delay but it was still going ahead. The lines connected to the crane began to tension and within 30 seconds she creaked and collapsed to the ground with a crash. The boom stood up in as like it was a failer attempt bit after a few second, it began to fold in to a neat pile on the quay. The sound echoed across the harbour a few moments later. The twisted metal is due to be cut up and recycled. 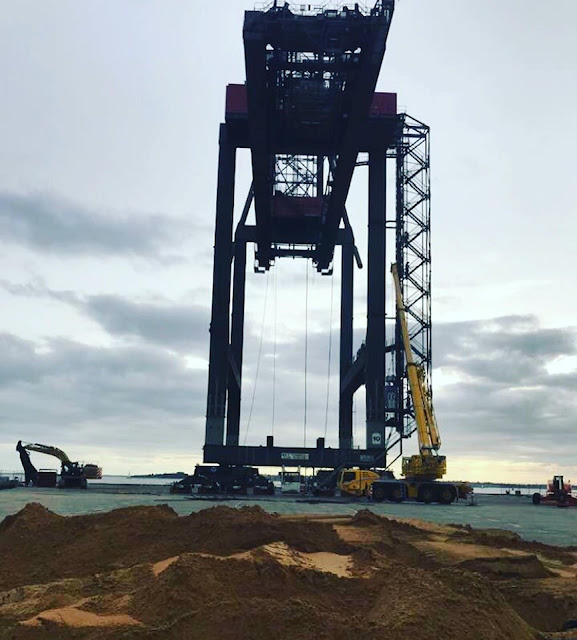 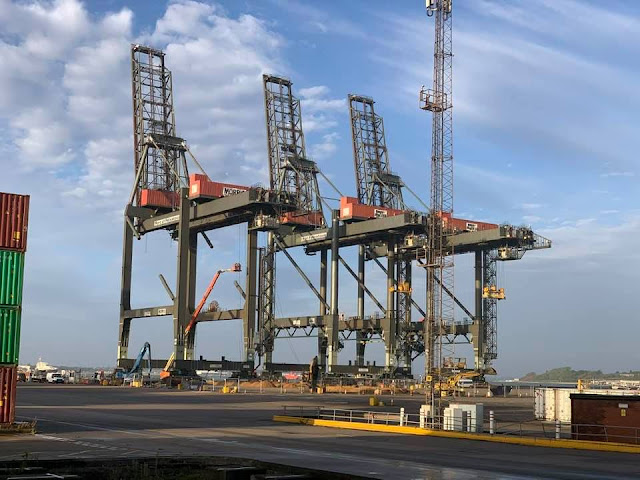