Ever Globe makes an appearance on her maiden voyage to the Port of Felixstowe. 19th October 2019 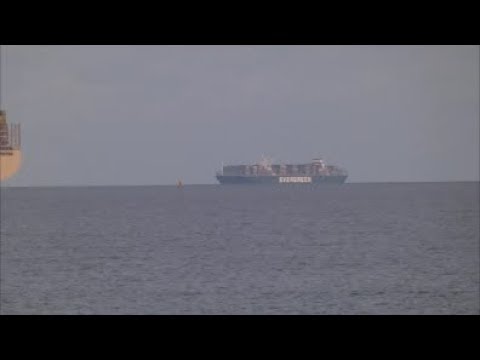