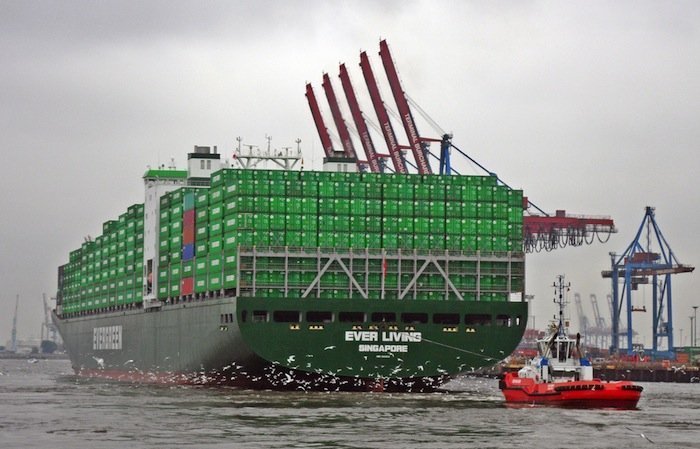 
Taiwanese shipping line Evergreen has signed shipbuilding contracts with South Korean yard Samsung Heavy Industries (SHI) for the construction of six 23,764 teu mega containerships.
The total value of the order is $920m, and deliveries will start from May 2022.
According to Samsung, the ships will be 400m long, 61.5m wide and 33.2m high.
The order is part of Evergreen’s newbuilding programme announced last month to order ten 23,000 teu ultra large containerships in total. The remaining four will be ordered at China’s Jiangnan Shipyard and Hudong Zhonghua Shipbuilding.
The new ships will be the largest ships in Evergreen’s fleet and are similar to the largest ships afloat – a series of MSC giants delivering now from Samsung.
Alphaliner data shows Evergreen currently operates a fleet of 206 ships with total capacity of 1.3m teu, making it the seventh largest line in the world. The company also has an orderbook of 67 ships with a total capacity of 563,674 teu, accounting for 43.6% of its existing fleet capacity.