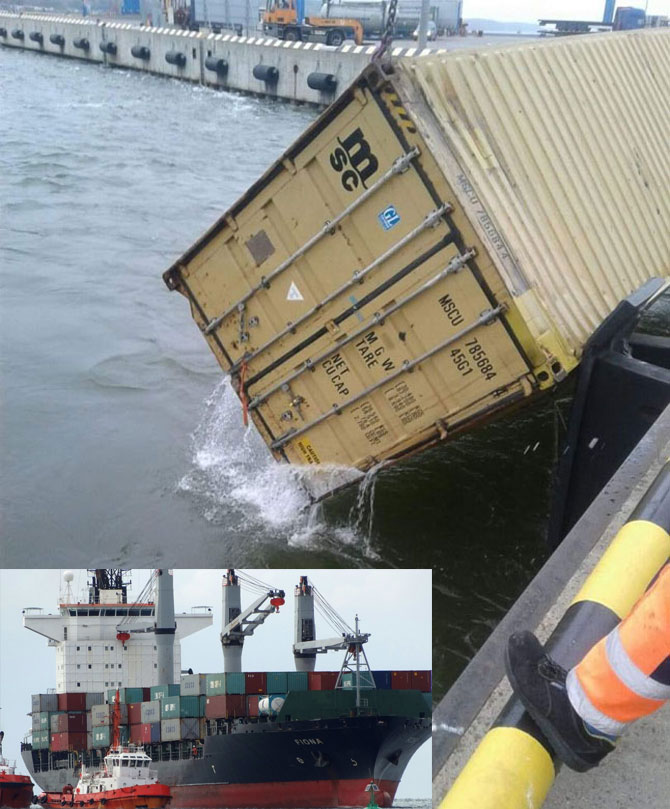 Two containers fell into water during off loading from container ship FIONA at Klaipeda, Lithuania, on Nov 2, said Klaipeda Stevedoring Company at a meeting, called to explain the accident. According to official statement, there were no hazardous materials in the containers, both containers were recovered. Details of accident and cargoes specifications weren’t, however, revealed.Container ship FIONA, IMO 9149885, dwt 23028, capacity 1728 TEU, built 1998, flag Gibraltar, manager REGAL Agencies, Greece.


Inland container ship MSC MAAS collided with inland tanker LAZIO in the evening Nov 5 on river Noord near Alblasserdam, western Netherlands, and was breached in the collision, with ensuing water ingress. The ship was taken to berth and offloaded, so that the breach surfaced, and water ingress stopped. Tanker was in ballast and understood, sustained slight damages. As of morning Nov 6, MSC MAAS remained in the same position.Inland tanker LAZIO, MMSI 244750081, length 110 meters, flag Netherlands.Inland container ship MSC MAAS, MMSI 244620965, GT 3041, flag Netherlands. 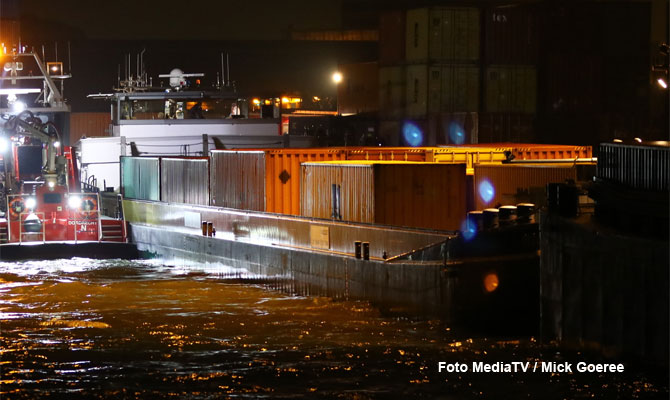 
// Erofey Schkvarkin
Erofey is a Merchant Marine Captain with more than 20 years experience in commanding oil tankers. He works as a Captain, being most of his time at sea. He contributes maritime news.