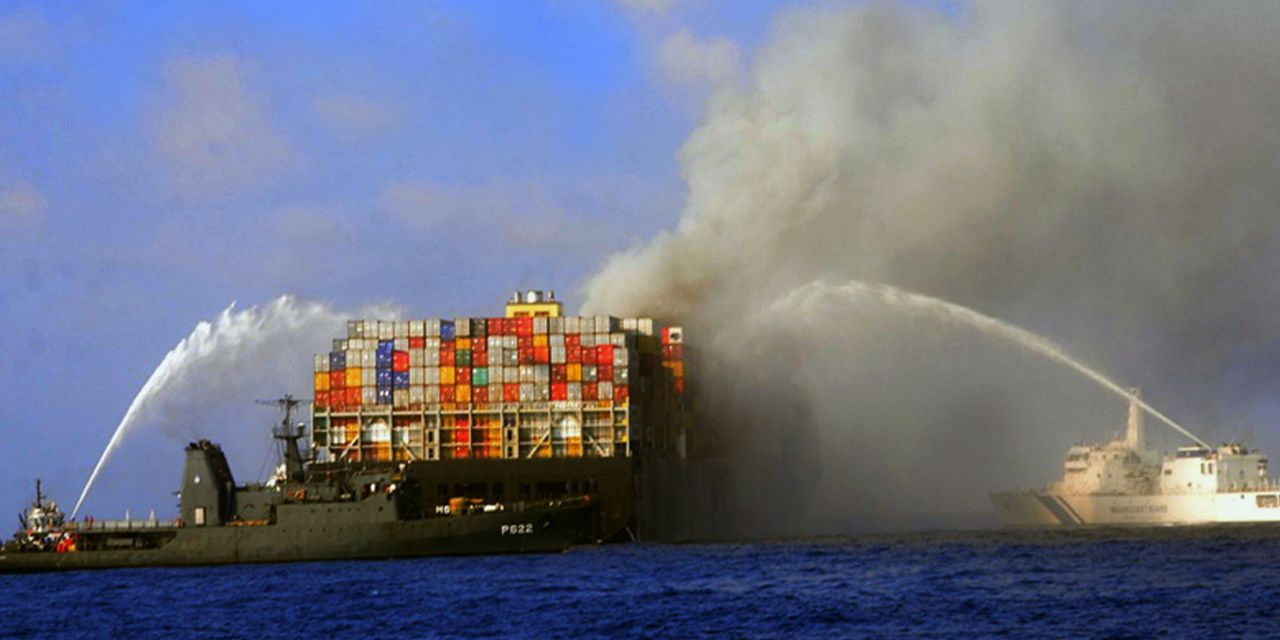 Costas Paris
Nov. 24, 2019 8:00 am ET
A large share of the dangerous-goods shipments on international cargo ships were mislabeled, improperly handled and carried other safety risks, according to an industry study undertaken after a spate of fires on big, ocean-going vessels.
Fires at sea have crippled several big cargo ships over the past two years, and shipping-safety experts say complicated rules and lax investigations are creating a roadblock to finding the causes of the blazes and taking safety measures.

Vessel owners believe many of the fires are caused by potentially dangerous shipments being loaded without notice, and the investigation by the independent National Cargo Bureau suggests there are significant gaps in how the goods are handled, from paperwork to onboard stowage.
More than half the containers NCB, a New York-based not-for-profit group that assists the U.S. Coast Guard with maritime safety oversight, targeted in a yearlong survey of shipping operations fell short of marine industry fire-safety standards, the group said.
“The figures on how much improperly stowed or misdeclared cargo was in the boxes were shocking,” NCB President Ian Lennard said.
The NCB probe was launched after a fire in March 2018 crippled the Maersk Honam, a giant container ship operated by A.P. Moeller-Maersk A/S, and killed five of its 27 crew in the Arabian Sea. The front third of the ship was torched in a fire that burned for weeks.

“The Maersk Honam was a wakeup call,” Mr. Lennard said. “There is now more attention after the unprecedented ship fires this year and the disasters we saw.”
The NCB checked 500 boxes from around the world that moved on Maersk ships, along with vessels from France’s CMA CGM SA and Germany’s Hapag-Lloyd AG .
The study, undertaken at Maersk’s request, deemed 274 containers, or 55% of those examined, to be potential fire hazards. Checks on boxes with dangerous goods coming into the U.S. showed 69% were either not properly secured, warning signs on the boxes were missing or had fallen off, or the cargo was simply wrongly identified in shipping documents. The failure rate for containers that were declared moving nondangerous cargo to the U.S. was 51%.

Boxes from Latin America and India had the lowest scores, with 82% and 87% of them, respectively, deemed potential fire hazards.


The NCB report, which has been submitted to the International Maritime Organization, the global marine regulator, is part of efforts to identify gaps in dangerous goods transport and to improve safety.
Although there are dozens of fires on all kinds of ships each year, catastrophic fires on large oceangoing vessels are relatively rare. The NCB says there were nine major fires on big cargo-carrying ships this year, compared with one—the Maersk Honam—in 2018 and two incidents in 2017.
Cargo that could potentially ignite include charcoal, fertilizer, fish food, chlorine products and other chemicals, car batteries and electronic components. In addition, cargo that isn’t properly secured can shift at sea, creating heat from friction that can cause a fire.

Some shipping executives believe the rapid growth of e-commerce, which has led to more fragmented supply chains with more suppliers, and retailers with little experience in shipping regulations, contributes to the problem.
A recent survey by the International Air Transport Association, the trade body for world’s airlines, said some 40% of e-commerce shippers are unaware of dangerous goods regulations.
Marine underwriters say about half of all ship fires aren’t reported and investigations are infrequent.
“Few incidents make it into a report,” said Andrew Kinsey, a senior marine risk consultant at Allianz Global Corporate and Specialty, the commercial insurance arm of German insurer Allianz SE. “If the incident does not involve loss of life and doesn’t make headlines, it often goes unreported.”
Ships in international waters operate under a complicated regulatory framework that includes provisions for safety investigations. The U.S. Coast Guard and the National Transportation Safety Board investigate accidents of U.S.-flagged vessels because the flag-state for ships is primarily responsible for policing safety conditions for international vessels. A big share of the international maritime fleet flies so-called flags of convenience from smaller, developing nations to keep costs down, however, partly by sidestepping labor rules in the owners’ home countries. Those countries providing flags for such ships generally don’t have the resources to fully investigate fires from their own waters.
“The flag state has to do a good part of the investigation, but there is no mandatory requirement to make any findings public,” said John Miklus, the president of the American Institute of Marine Underwriters. “If it’s a big incident involving passengers, then you will get a report. If it’s a fire on a ship in the middle of nowhere, you won’t.” 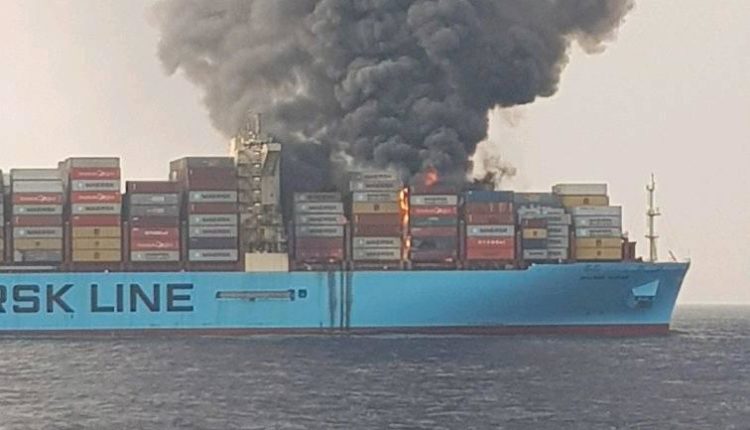 The Maersk Honam, which is being rebuilt and was given the new name Maersk Halifax, carried a Singaporean flag.
Write to Costas Paris at costas.paris@wsj.com
https://www.wsj.com/articles/spate-of-fires-has-shipping-industry-looking-at-how-dangerous-goods-are-handled-11574600400?fbclid=IwAR3ixRadoPvjWbrx_eQ9aAsB_X_7Da5V1N_9onzsZGH2xGx3Z9Md8HHoAUo