8 stowaways on board of German freighter, Ireland 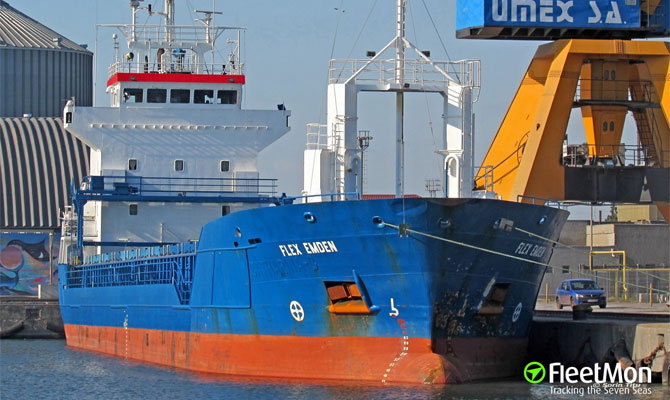 8 stowaways were found on board of a cargo ship berthed at Belview port, Waterford, southeast Ireland, on Dec 4 on arrival from Saint Nazaire, France. 3 of them tried to flee but were seized by Garda Immigration Bureau. All 8 are young healthy males said to be Albanians, illegal migrants whose destination is believed to be UK. They “hadn’t eaten for several days and were very cold”, poor darlings. They may claim asylum, but there’s a chance they’ll be sent back to France, though who knows. Modern Ireland welcomes diversity in form of young healthy male migrants, and other fine things, such as fighting climate change, and what’s else on UN agenda. The ship wasn’t identified, but there’s only one ship which arrived from Saint Nazaire, it’s a German freighter FLEX EMDEN. Wonder where did they manage to hide? FLEX EMDEN is not a big ship.
General cargo ship FLEX EMDEN, IMO 9184823, dwt 5057, built 1999, flag Antigua, manager HELD BEREEDERUNGS GMBH & CO KG.