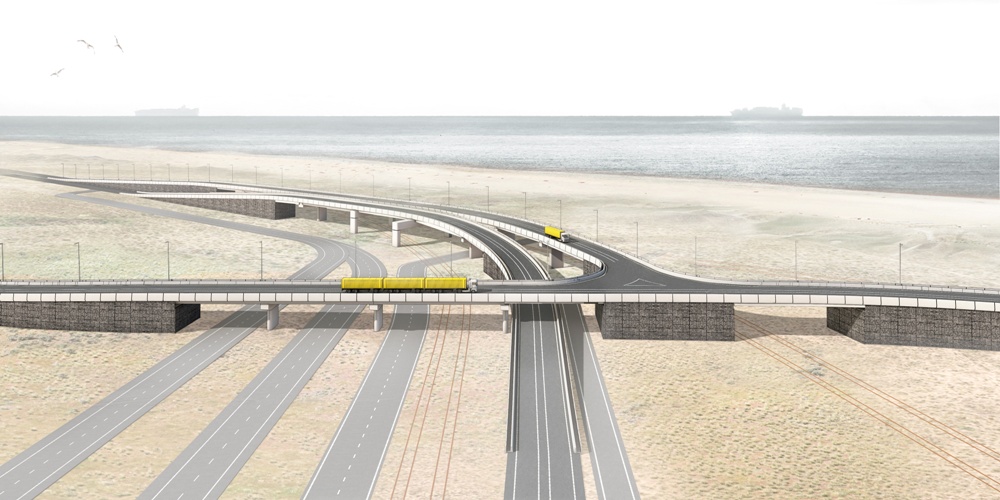 The Container Exchange Route (CER) on the Rotterdam Maasvlaktes will get autonomous transport by truck trains, rather than multi-trailer train sets (MTS), as earlier proposed. MTS of up to 10 TEU using powerful drawbar tractors were a familiar site at ECT before automation was introduced.

A self-contained dual lane corridor with no public roadway access or egress, the CER will facilitate inter-terminal traffic between all container terminals, empty depots and distriparks at the MVI and MVII terminals. Transponder cut-outs have recently been bored in the road surface that had already been built.

Scheduled for completion in late 2020, the CER will total about 14 kms of paved roadway, including three viaducts measuring an aggregate 2 kms. Another 5.5 kms of on-dock dedicated track will run on the terminals connected.
This Port of Rotterdam authority graphic shows 6 TEU/3 FEU autonomous truck trains
“We don’t want to be overtaken by autonomous transport on the public road system and then establish that we’ve invested tens of millions of Euros in the wrong solution – meaning Multi Trailer Systems,” a port authority spokesman told WorldCargo News.

“It may be a while before unmanned container trucks will roll on the public roads in the Rotterdam port area on a large scale, but the CER is not a public road. There’s no other traffic, which makes the deployment of unmanned vehicles much more feasible. From external research we’ve learnt that autonomous transport on the CER is both technically possible and cheaper.

"The technique is developing so rapidly, that we’d be overtaken if we fail to make this move now. We’re convinced that autonomous transport will contribute considerably to efficient goods handling.” 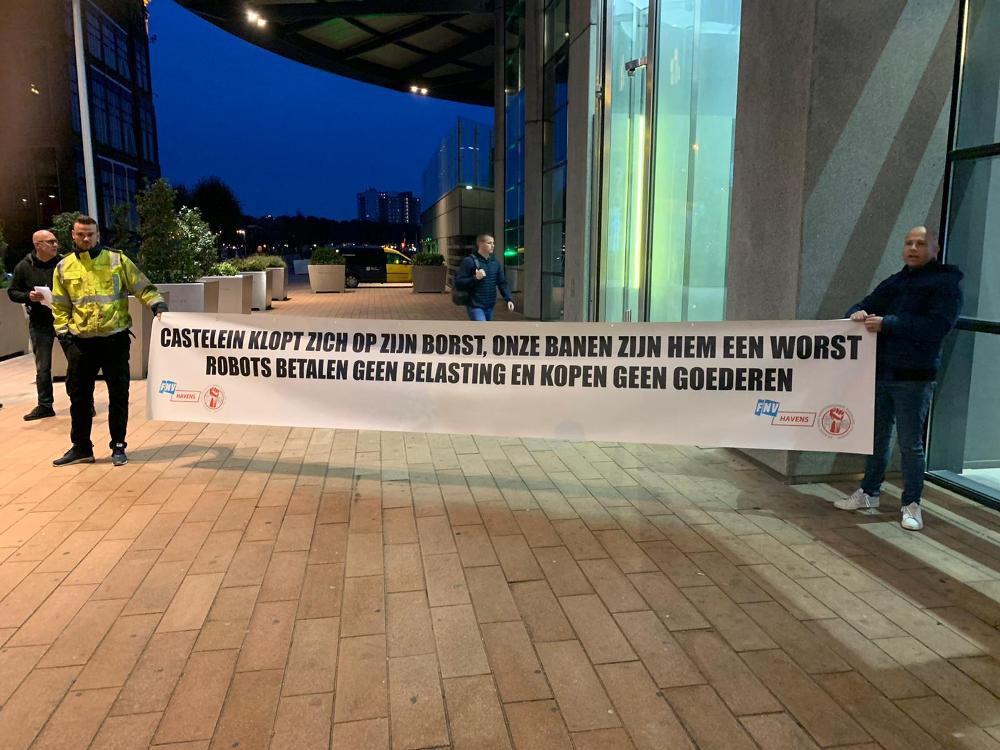 "Robots don’t pay taxes and don’t buy goods," says the banner second line. (Photo: FNV Havens)
The spokesman added that the CER track had already been designed to accommodate any type of vehicle in terms of viaduct gradients, corner widths, etc. Also, the cable tracks in the shoulder were designed with sufficient extra capacity.

The spokesman declined to answer questions concerning equipment tendering or ordering, outside vendors for the autonomous transport segment, overall IT engineering and project coordination. The CER is budgeted at €175M, with €75M from the port authority and an estimated €100M from the terminal operators.

The CER project aspires to enable the entire Maasvlakte container sector to operate as one single facility, freely moving container as inter-terminal traffic to and from inland barges and trains. It aims to reduce, and ideally replace, terminal hopping and simultaneously increase call sizes, especially so for inland barges.

The Port of Rotterdam estimates that the CER will deliver an additional 1M containers annually, but this may be an underestimate. Earlier this year, the CEO of Rotterdam World Gateway (RWG), Ronald Lugthart, told WorldCargo News that it could eventually draw 2M to 3M TEU a year from the Hamburg-Le Havre range ports, including those in the UK.

The port authority’s decision in favour of unmanned transport has not gone down well with the leading transport union, FNV Havens, as it eliminates the prospect of 100 MTS driver jobs. Rotterdam dockers have already demonstrated against this outside the port authority’s offices - see the picture above.

Sticking to the MTS concept would have come in handy, now that Steinweg may have alternative work for a maximum 50 of the 200 staff at Uniport, the city centre terminal it is closing down. Negotiations for a social plan for the 150 remaining staff started on 26th November. 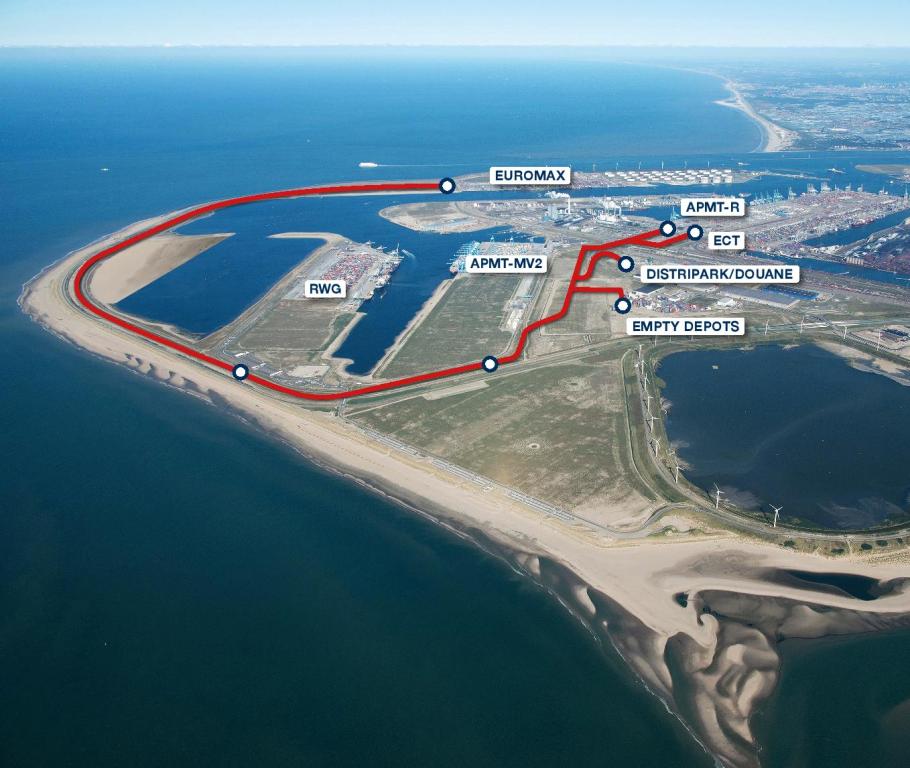 Another war in sight at the port of Rotterdam!
The port authority's decision in favour of unmanned transport has not gone down well with FNV Havens, as it eliminates the prospect of 100 MTS driver jobs. Rotterdam dockers have already demonstrated against this outside the port authority’s offices.
These additional MTS jobs could have compensated part of the jobs that will be lost with the closure of the Uniport terminal