Fall while boarding tug Millgarth with loss of 1 life 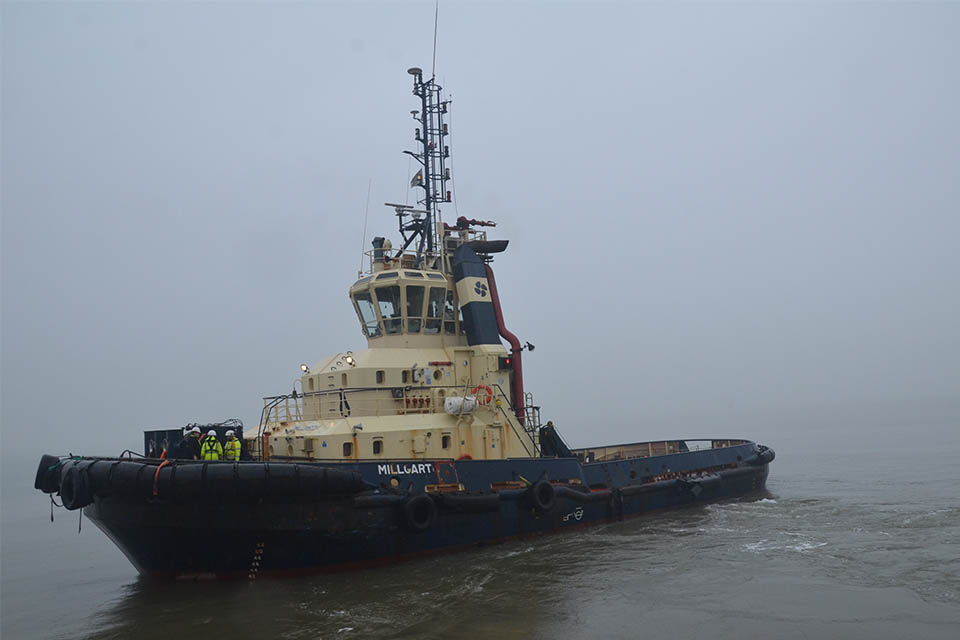 At 1749 on 27 January 2019, the chief engineer on board the tug Millgarth, fell into the River Mersey from the north oil stage at the Tranmere Oil Terminal at Birkenhead, England. He had released Millgarth’s mooring lines and was attempting to re-board the tug. His lifejacket inflated automatically on entering the water and his crewmates were able to recover him alongside the tug within 5 minutes. The crew were unable to lift the chief engineer out of the water because he had quickly become incapacitated in the cold water and lost consciousness. He was recovered at 1811 by the crew of rescue boat Marine Fire Rescue 1; he had suffered cardiac arrest and could not be revived.

On 14 June 2019, the MAIB carried out a preliminary assessment of a non-fatal man overboard incident on Svitzer Victory. Due to the similarity of this incident with the fatal accident on Millgarth, the Chief Inspector of the MAIB issued an urgent safety recommendation (2019/115) to Svitzer A/S concerning the safe conduct of tug access and egress.
This report makes further safety recommendations (2019/121 and 2019/122) to Svitzer A/S regarding the dissemination and closure of audit findings, attendance at manoverboard drills and the use of manoverboard recovery equipment. Both Svitzer A/S (2019/123) and Essar Oil UK (2019/124) have been recommended to ensure that a thorough assessment of site-specific risks leading to an agreed method statement of work is completed for all the locations where shared risks are identified.