Why should our customers pay for infrastructure that will only make our competitors stronger, asks the best-performed waterfront disruptor.
Matthew StevensColumnist 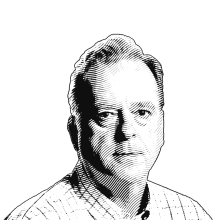 In a combative submission to the Essential Service Commission’s Market Rent Inquiry, Victoria International Container Terminal (VICT) delivered a compounding slate of criticism of post-privatisation operation of the port, where management is accused of concentrating on revenue flows at the expense of access and efficiency.


The third operator’s bold submission asserted there are further profound shifts ahead in a Victorian container business that was once shared in cyclically unequal measure by the incumbent east coast stevedore duopoly, Patrick and DP World Australia (DPWA).
VICT told the inquiry that since it started business in 2017 it had accumulated a 20 per cent share of the volumes that enter Australia’s biggest container port. It then predicted that its market share would hit about 30 per cent “within the coming six months”.

That can only mean that VICT is on track to lure another high-volume contract or two from the port’s legacy operators. If recent trends hold true, the biggest loser could be DPWA, whose local and national market share has been under pressure over the past 12 months or so.
Whether that promise is fulfilled or not, VICT is already by leagues the most successful of the third stevedores that were invited by port operators around the nation to add competitive tension to a duopoly that had, ironically, already been made more effective and efficient by the reforms that flowed from Chris Corrigan’s waterfront wars.

While trumpeting its success, VICT complains that its sprint to market relevance could be forced into stasis and maybe retreat by Port of Melbourne management, which is “entirely focused on the needs of the old port”.
Before we get into the detail, it must be noted that VICT’s submission pretty much ignores one of the hot-button issues that triggered the government review in the first place – the ballooning land-side fee flow that arrives mostly in the form of terminal infrastructure fees.
Instead, central VICT’s submission lands heavy with complaint about the discordance between the rents paid by the three operators; a proposed new rail shuttle that would favour incumbents and expose the inefficiencies of the distance between the new and legacy terminals; the user-pays mechanisms that are used to pay for new port infrastructure; and the fact that its Webb Dock operation has still not been delivered the asset that was promised by the terms of the controversial tender that delivered it purchase on Melbourne’s waterfront.
To understand VICT’s frustration, you need to appreciate the geography of the Port of Melbourne’s now divided estate.
The “old port” orbits wharfs at Swanson Dock. Named after Victor Swanson, the chairman of the Port of Melbourne’s predecessor operator, the Swanson dock was opened in 1969 and sits on the north bank of the Yarra River.
This means that the “old port” sits on the city side of the West Gate Bridge. So far that has not proved too much of a problem. But VICT has taken a long bet that it will be soon enough. And that should entrench the competitive advantage of its Webb Dock site, which sits on the Port Phillip Bay side of a bridge of subtle beauty that might soon become a barrier between the “old port” and a new breed of very, very big ships.
The VICT thesis is that a new generation of super container vessels will become ever more ubiquitous in international shipping fleets, and it claims (to dispute from the Swanson Dock operators) that its bay-facing terminal is the only one capable of dealing with them.

When a bridge becomes a barrier

VICT said the Port of Melbourne’s own draft development strategy had acknowledged these twinned realities, but accused port management of doing “nothing to support this strategy.
“Instead it continues to make significant investments in the terminals inside the West Gate Bridge,” it said.
VICT advised that the maximum vessel size that could manage its way under the bridge could carry 10,000 TEU (twenty-foot equivalent units). It then noted that there had been no new orders of vessels of that size since 2015, and claimed that “this surely limits the long-term viability of the Swanson Dock terminals”.
The Swanson Dock operators do not quite see it that way. Separately, they report that the big boats are often installed with retractable rigging that means they can make their way under the bridge on the appropriate tides.
Outside of its location, the VICT operation is differentiated by its modernity. Its claim to be the most automated of Australia container terminals is unchallenged by competitors.
It should be noted that corners of the VICT submission stretch the rubber band of credibility to breaking point. It is hard, for example, to accept the company’s pleadings about what they pay in rent and their disconcert with the rents paid by the
extant operators.
The submission focuses extensively on the fact that VICT pays the port operator a good deal more in rent that do either of its competitors over on the Swanson Dock.
But VICT secured its place on the port in a tender that saw it pay rent fixed at a massive multiple over what either DP World Australia or Patrick were paying. As we noted at the time and have had reason to often enough since, this deal – done before privatisation – said to potential bidders that there was considerable upside in port pricing.

The impression created in VICT’s submissions is that its owner, the Philippines-listed global port operator ICSTI, was encouraged to take an aggressive path by assurances that future reviews of competitors terms would see their rents align with the new base of Webb Dock.
But in the face of outright aggression from the ACCC and the target of the first of those reviews, DPWA, the Victorian government relented and a path of less resistance was pursued.

No plans for infrastructure integration

Where VICT’s pitch is more thought-provoking is its identification of the proposed port rail shuttle as a missed opportunity that risks making Webb Dock tenants "uncompetitive, effectively ruling them out of the regional export market”.
“This proposal will directly connect Swanson Dock by rail with regional exporters, meaning that the stevedore tenants …. will be able to operate at considerable cost advantage over tenants at Webb Dock,” the submissions advised.
For “Webb Dock tenants”, read VICT. And, from its perspective at least, it seems this clever plan comes with financial insult as well as strategic injury.
Apparently the state government has been delivered a proposal from Port of Melbourne that would see the introduction of a $15 per import container levy to pay for port-side improvements needed for the rail development.
The effect of this plan is that VICT becomes a reluctant conduit for investment that it maintains undermines its ability to compete both on a service price and productivity level and, over the longer term, erodes the wider port’s attractiveness to shipping companies because the rail plan fails to address the challenge of linking Webb Dock to a rail shuttle service.
VICT argued that until the issue of rail integration is addressed, its customers should be spared any user-pays levy.
“We have not had any meaningful engagement with PoM (Port of Melbourne) on these proposals as they have indicated that their sole focus is on getting the wharfage increase approved in order to commence the infrastructure works at Swanson Dock,” VICT said.
VICT recommend that the ESC review should contemplate the “lack of any ‘public interest’ criteria for decisions of the privatised port”.
“Without such criteria, the port is able to operate one of the state’s key economic assets in a manner which could be to the detriment of the state’s economic prosperity.
“We would argue that all major infrastructure decisions must be assessed on the basis of the benefit to the state of Victoria, rather than just the financial interest of private port owners,” it concluded.
https://www.afr.com/companies/infrastructure/melbourne-s-port-plan-contains-disruptor-20191219-p53llt