MSC Beryl takes a turn in the Sunk before committing into the main D W Channel. 9th December 2019 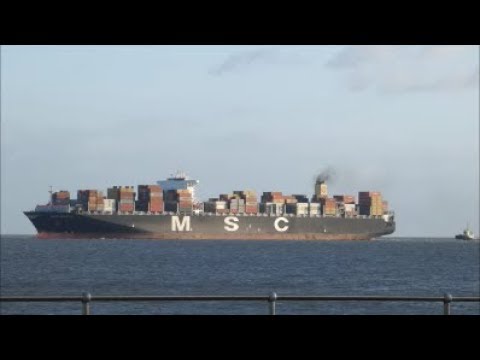