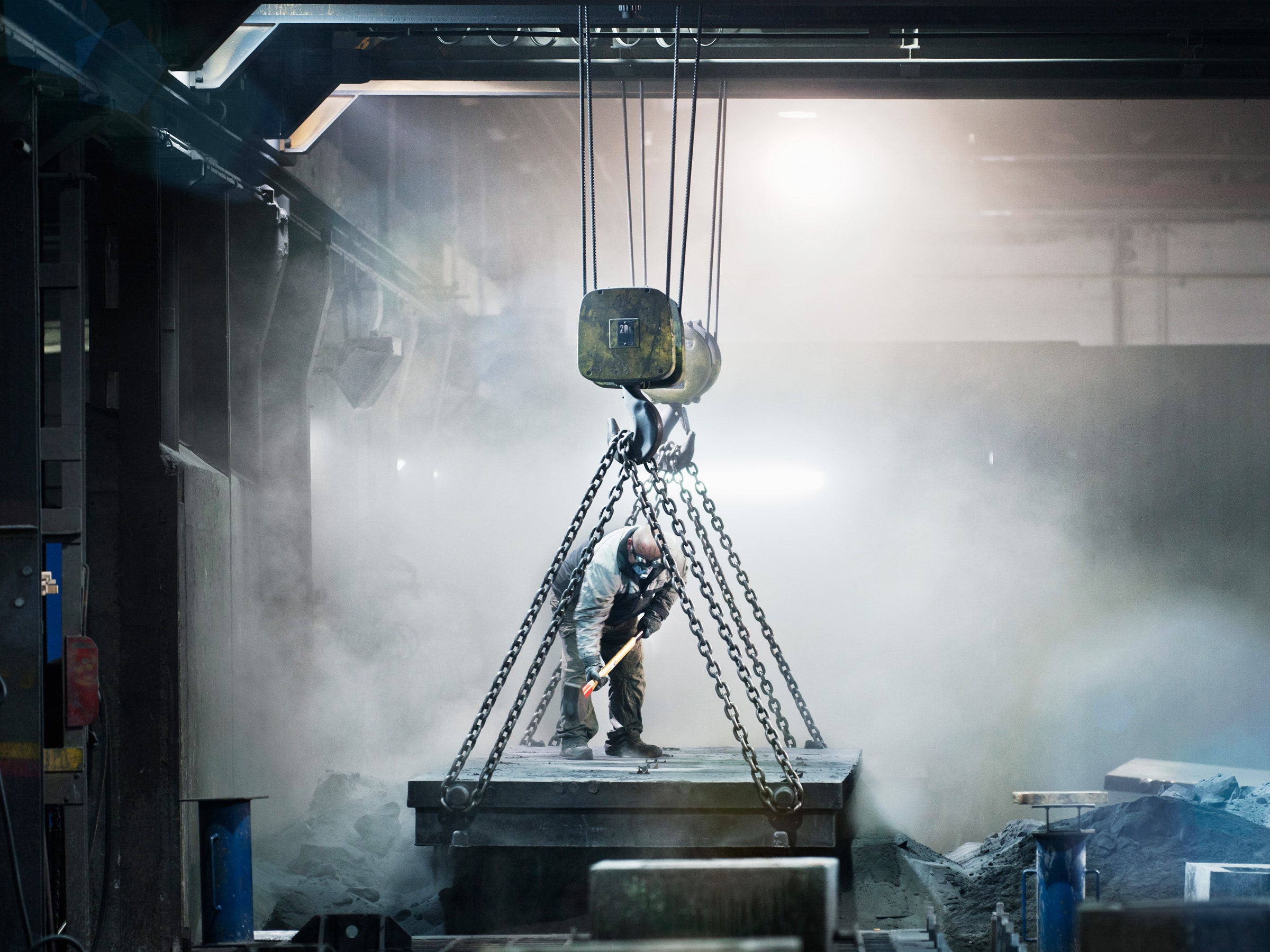 The Workers' Right to Training Act allows employees to evolve as their employers adopt new tech.

When the global economy shifted in the late 19th century, working people were the first to adapt. They moved to cities like Cincinnati, Cleveland, and Toledo, Ohio, and worked long hours in unsafe factories. They drove the Industrial Revolution and changed the nature of work forever. When it became clear that employers were exploiting their productivity, the labor movement formed to protest abuses like sweatshops, child labor, and poverty wages.
WIRED OPINION
ABOUT
Sherrod Brown is Ohio's senior US senator. Liz Schuler is the secretary-treasurer of the AFL-CIO.
Every day, new technology and workplace innovation is changing how we live, work, and relate to each other. The potential benefits are undeniable—higher productivity, an increased standard of living, and a cleaner, healthier world. Too often, though, when companies decide to adopt new technology, workers are left out of the conversation.
Major industries always evolve—from transportation and health care and education. The question isn’t whether we can prevent industries from changing; it’s whether we as a country are going to make sure workers shape the future with them. We need to ensure working people have a seat at the table.
As the senior US Senator from Ohio and the secretary-treasurer of the AFL-CIO, which represents 12.5 million workers across the country, we have an opportunity to meet working people from Coshocton to Columbus, both in Ohio, and from Chicago to Chico, California. And we’ve heard that they’re worried about losing their jobs to automation, or losing their jobs because they lack the technical skills needed for changing industries. Indeed, some analysis suggests that about 25 percent of US jobs could be threatened by automation.
That’s why these workers welcome new training and professional development opportunities that help them adapt to changing technology in their industry. However, few opportunities like this currently exist—companies are more focused on using technology and automation to cut their workforce costs and boost their quarterly earnings reports.
The Workers’ Right to Training Act addresses their concerns. It gives workers advance notice when their employer adopts new technology and requires that workers receive training on it. The bill also requires companies to bargain directly with workers when they implement any of these changes. No one knows the workplace better than workers themselves. They should have a say in how technology is deployed.
Members of the Unite Here labor union in eight cities across the country won this right last year, after they went on strike against Marriott, the wealthiest hotel chain on the planet. Now, if Marriott plans to bring in new technology or automation, it is required to give 165 days’ notice and bargain over the changes. Every worker deserves fair notice so they know what's coming and they have a chance to retrain.
If a worker does end up losing their job due to the introduction of new technology in the workplace, this bill requires employers to provide six months of severance pay and up to a year’s worth of training to make sure that workers have the skills to succeed in our economy.
The generation of workers at the turn of the 20th century didn’t have a government that cared enough to protect them, and unions were not yet strong enough to fight for them. Today, we can—and must—do better by them. As this issue gets more attention, from the presidential debate stage to union halls and workplaces around the country, this bill lays down a marker: Our economy will always evolve. We have a responsibility to ensure workers are a part of that progress, not an afterthought.
WIRED Opinion publishes articles by outside contributors representing a wide range of viewpoints. Read more opinions here. Submit an op-ed at opinion@wired.com.
https://www.wired.com/story/opinion-workers-deserve-a-say-in-automation/?