" We are happy. Now we have to keep up the day, ”said Sandrine Gérard, secretary of the CGT local union in Le Havre.

The situation is tense at the port of Le Havre. Thursday, December 12, this industrial and port area was blocked by "much more" of a thousand people spread over several intersections, according to police, 5,000 to 6,000, according to the CGT, mobilized against the pension reform. "We are well over a thousand people," a police source told Agence France-Presse
"The announcements of our Prime Minister yesterday increased the mobilization," she added. Fief of Prime Minister Édouard Philippe, former deputy-mayor of this city, Le Havre is the leading French port for container traffic. 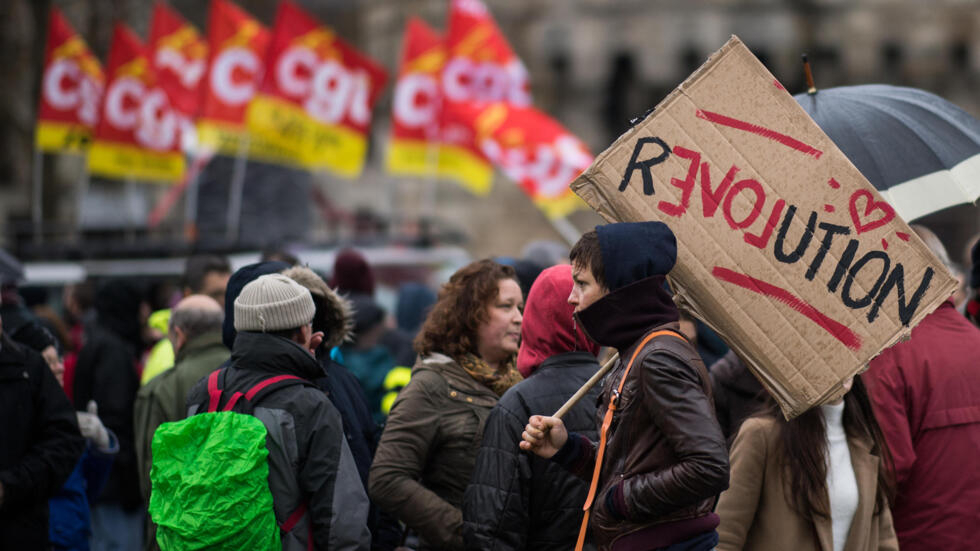 French officials said Thursday they were open to negotiating a plan that could push back many people's retirement to 64, after unions vowed to maintain a transport strike through the year-end holidays unless the government backs down on its pension overhaul.
"There's room for negotiating, over the terms for arduous jobs, over the methods for balancing the budget," Finance Minister Bruno Le Maire told France 2 television.
Unions have unanimously reected the government's plan for a single pension system that maintains the legal retirement age at 62, but with reduced payouts unless a person works until at least 64.
Even France's moderate CFDT union, the country's largest and long in favour of a single points-based system, said the government had crossed a "red line" and called for a fresh day of mass demonstrations for December 17.
"To have a compromise within reach, and then throw it away over a question of budgetary dogmatism is a huge mistake," CFDT chief Laurent Berger told French daily Les Echos.
Public transport was again brought to a near standstill in Paris as workers walked off the job for the eighth straight day, forcing many schools to cancel classes and preventing many people from getting to work.
"There won't be any Christmas truce," warned Laurent Brun, head of the transport arm at France's hard-line CGT union, the largest among public-sector workers including at rail operator SNCF.
"I'm sorry to say the strike will continue, because we didn't want this, but the government is standing firm, so this is going to go on for a long time," he told France Info radio.
- 'Let's discuss it' -
Le Maire called on the CFDT in particular to return to the bargaining table, saying the government was ready to hear its proposals.
"We propose the age of 64, with a bonus and penalty system," he said. "Are there better solutions? Perhaps, so let's discuss it."
Gilles Le Gendre, head of President Emmanuel Macron's centrist lawmakers, also urged Berger to reopen talks.
"Since yesterday, everyone is saying the age of 64 is set in stone, but that is not true," he told Cnews television.
Union workers blocked the major Atlantic shipping port at Le Havre on Thursday, and just one in four high-speed TGV and regional trains were running.
Teachers, lawyers and police unions said they planned new protests against the single pension system which would replace 42 separate schemes offering early retirement and other benefits mainly to public-sector workers.
The government says the reform will help erase pension system deficits forecast to reach as much as 17 billion euros ($19 billion) by 2025.
Prime Minister Edouard Philippe, who outlined the plan's details Wednesday after months of talks with unions, admitted that most people would have to work longer to maintain the pension system, one of the world's most generous.
The average French person retires at just over 60, three years earlier than elsewhere in Europe, and four years before the average for wealthy nations in the OECD, according to OECD figures.
MENU
on December 12, 2019