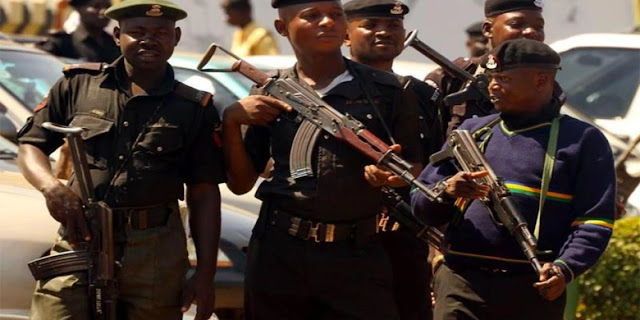 Touts allegedly working for dock workers at TinCan, Lagos, at the weekend killed three truck drivers during a protest to stop extortion and other corrupt practices.
It was gathered that the killings occurred on Friday evening at TinCan Second Gate, when some of the truck drivers insisted that collecting N20,000 bribe to pass trucks directly into the port was unfair.
The touts were said to have opened fire on the drivers who blocked the entrance/exit to the garage to prevent further extortion. It was gathered that while the shooting lasted, a diver identified as Mike, who attempted to jump over a fence in panic, was gunned down while several others were hit by stray bullets.
It was gathered that a police Hilux van was also razed in the crisis that lasted several hours.
The Nation reports that one of the measures taken by the Presidential Taskforce on Apapa gridlock about five months ago was to make all trucks going into Tincan First or Second gate wait at the garage until they are signaled to come in.
This strategy which was emplaced by Commissioner of Police (CP) Hakeem Odumosu, it was gathered, worked well until dock workers, Nigerian Port Authority (NPA) officials and Port Police devised a means to boycott it.
Some of the drivers who spoke to our correspondent yesterday alleged that they were made to spend weeks at the garage while those who could readily part with N20,000 or N25,000 were called into the port.
“Things were very okay when the CP diverted the whole trucks to the garage. It was such that anyone coming from Coconut or Liverpool Bridge moved down to the garage.
“Also, it was mandatory for all trucks that want to load from TinCan First or Second Gate to move from the garage to the port. Surprisingly, some corrupt people comprising NPA, Port Police and dock workers saw it as an opportunity to make money.

“They started passing trucks directly to the port with N20,000 to N25,000 per truck. This means those who paid such money would bypass the garage and move into the port directly.
“They killed three drivers and injured many others. We are tired of this situation. What we want is for the government to organise the garage properly. We do not want garage touts and we also do not want trucks being allowed to pass one-way.
“The government should also remove those Port policemen because they are the major cause of the problem. They should deploy other policemen or even navy. Those port police are working for their pockets,” he said.
Effort to get reaction from CP Odumosu was not successful at the time of this
https://thenationonlineng.net/three-killed-as-truck-drivers-dock-workers-clash/?fbclid=IwAR1IAmIR39MiIAYH1AVT9CHbNhDdcnsTNmfO6cWVV4P93MFku0uVaErF9pA
Thanks to Dockers Hangarounds for the link