Cocaine delivered on board of Sealand ship in unusual manner 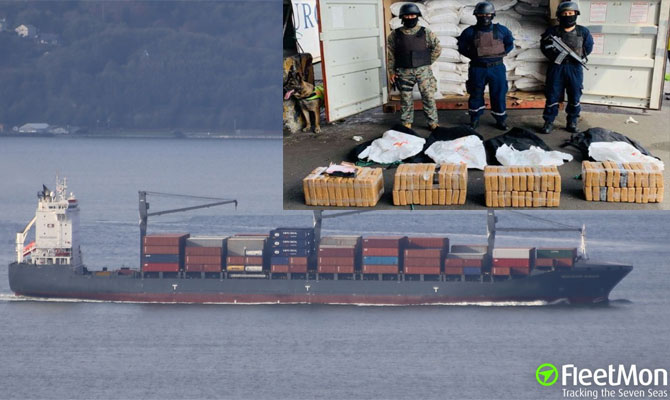 Ecuadorian Navy seized 88 packages of cocaine stashed in container on board of container ship SEALAND LOS ANGELES on Jan 7, circumstances rather unclear. The ship left Guayaquil Ecuador, in the evening Jan 6, understood bound for Balboa Panama, or probably, she was to make one more call to Ecuadorian port, port of Puerto Bolivar. Early in the morning Jan 7 while under way, the ship was boarded by two armed persons, who allegedly, put packages into container. SEALAND LOS ANGELES arrived at Puerto Bolivar in the evening Jan 7 and was berthed, container with cocaine, initially bound for Balboa, was offloaded. Crew wasn’t mentioned, and hopefully, will be left out of it. Trafficked in containers drugs are nothing unusual, the way situation develops unusual will be the ships without illicit drugs, stashed somewhere in containers, in cargoes whatever they may be, or anywhere else, but the manner in which drugs were delivered on board, seems to be out of ordinary.