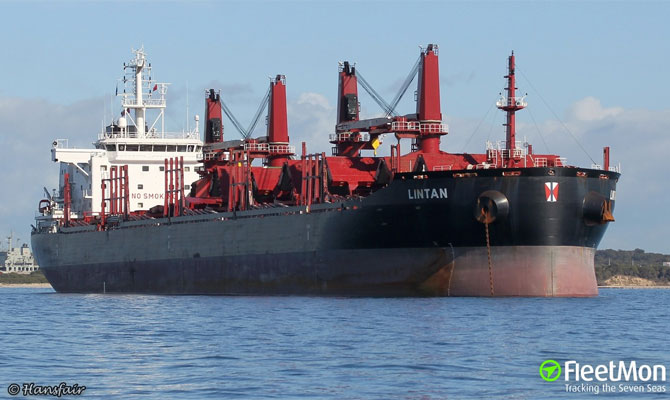 Bulk carrier LINTAN arrived at Szczecin Poland on Dec 18, and is still berthed, unable to offload its’ cargo of zinc concentrate, loaded in Salalah Oman. Zinc concentrate shipments are quite regular in Szczecin, for years, but this time it’s different, dockers refused to offload bulk carrier, fearing a mass explosion, according to Wyborcza.pl report. The cargo became wet, understood during voyage, and started to emit hydrogen, which may lead to explosion.

Erofey Schkvarkin
Erofey is a Merchant Marine Captain with more than 20 years experience in commanding oil tankers. He works as a Captain, being most of his time at sea. He contributes maritime news.