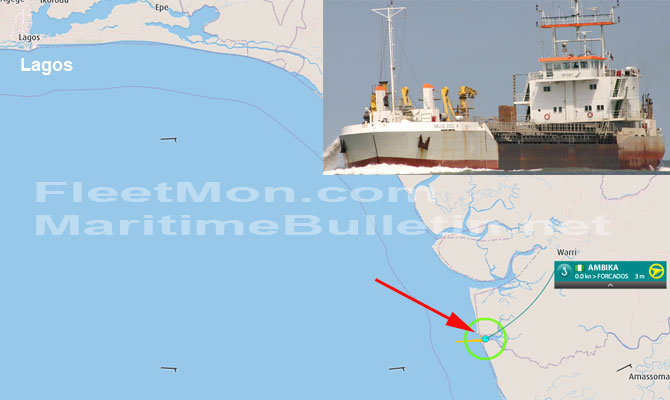 Hopper dredger AMBIKA was attacked by pirates at night Jan 2 in Niger river mouth, SW of Barri, according to Dryad Global information obtained from its’ source. Firefighting occurred according to this information, between pirates and military armed security personnel on board. 4 guards were killed, pirates managed to board drdger and kidnap 3 crew, including 2 Russians and 1 Indian. Dredger according to tracks, later resumed her works in river mouth.
Hopper dredger AMBIKA, IMO 7931026, dwt 3488, built 1979, flag Nigeria, manager Deep Frontline Shippers.
Erofey Schkvarkin
Erofey is a Merchant Marine Captain with more than 20 years experience in commanding oil tankers. He works as a Captain, being most of his time at sea. He contributes maritime news.