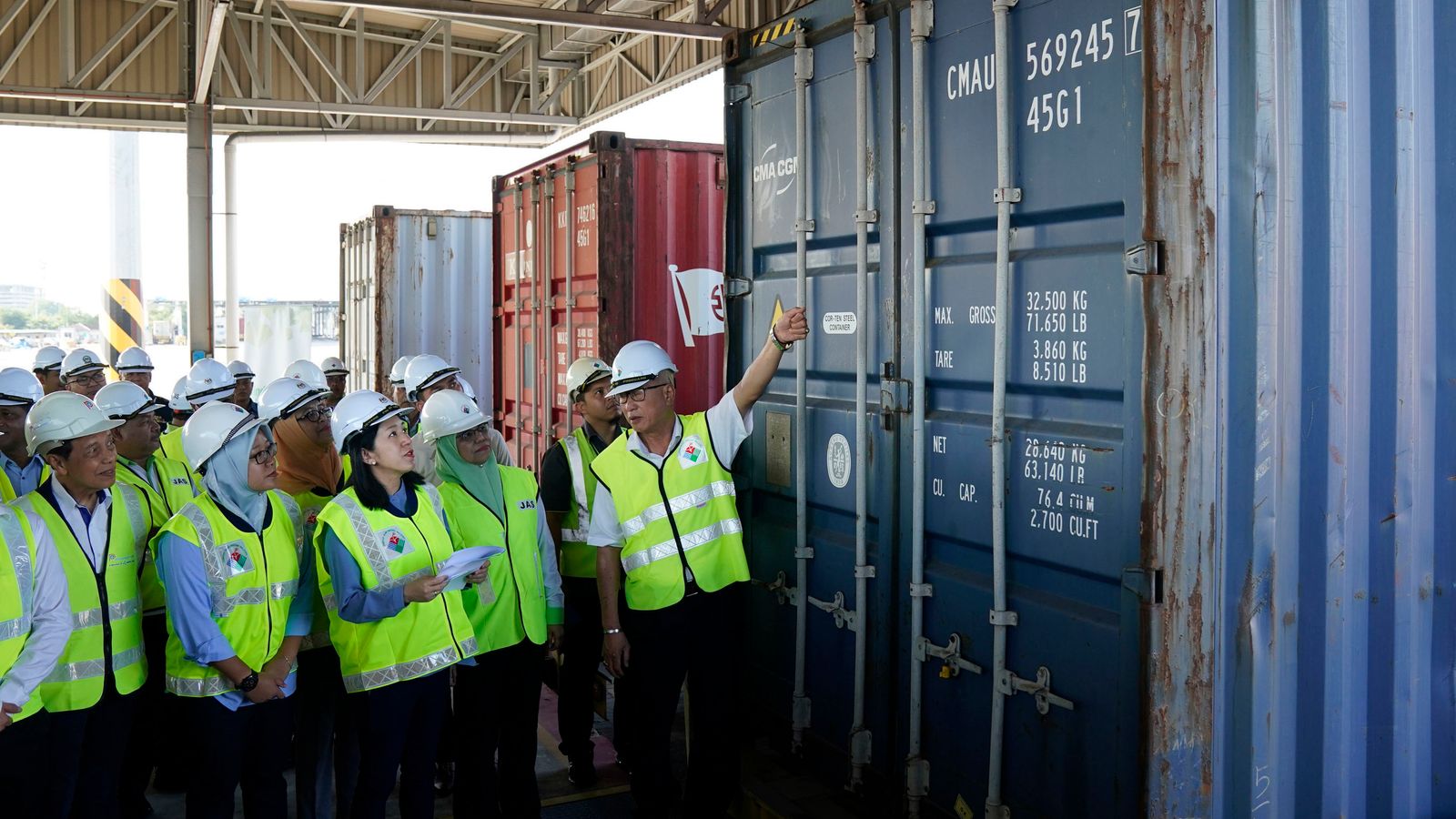 The country's environment minister has said those who want to make the nation the rubbish bin of the world can "dream on".

Malaysia has sent back 150 containers of plastic waste to 13 mainly rich countries, including 42 to the UK, since the third quarter of last year.
The country's environment minister warned on Monday that those who want to make Malaysia the rubbish bin of the world can "dream on".
Shipments of unwanted rubbish have been rerouted to Southeast Asia since China banned the import of plastic waste in 2018, but Malaysia and other developing countries are fighting back.
Environment Minister Yeo Bee Yin said another 110 containers are expected to be sent back by the middle of this year.
She added that the successful repatriation of a total 3,737 metric tonnes (4,120 US tons) of waste followed strict enforcement at key Malaysian ports to block smuggling of waste and closing more than 200 illegal plastic recycling factories.

The minister said the Malaysian government didn't pay a penny, with the costs of sending back the waste fully borne by the shipping liners and importers.
Of the 150 containers, 43 were returned to France, 42 to the UK, 17 to the United States, 11 to Canada, 10 to Spain and the rest to Hong Kong, Japan, Singapore, Portugal, China, Bangladesh, Sri Lanka and Lithuania, Malaysia's environment ministry said.
Yeo Bee Yin said talks were ongoing with US authorities to take back another 60 containers this year.
She added that Canada also has 15 more containers, Japan 14, the UK nine, and Belgium eight from 110 more containers that are still being held at Malaysian ports.
The minister continued: "If people want to see us as the rubbish dump of the world, you dream on."

She said the government will launch an action plan on illegal plastic importation next month that will help the different agencies coordinate enforcement and speed up the process of returning the waste.
The minister added: "Our position is very firm. We just want to send back (the waste) and we just want to give a message that Malaysia is not the dumping site of the world."
It comes after Malaysia announced it would be sending back 3,000 tonnes of non-recyclable plastic waste to countries including the UK, the US, Australia and Canada.
Yeo Bee Yin said 60 shipping containers filled with contaminated waste had been smuggled into illegal processing facilities in the country.
The waste included cables from the UK, CDs from Bangladesh, contaminated milk cartons from Australia and electronic and household waste from North America, Japan, Saudi Arabia and China.