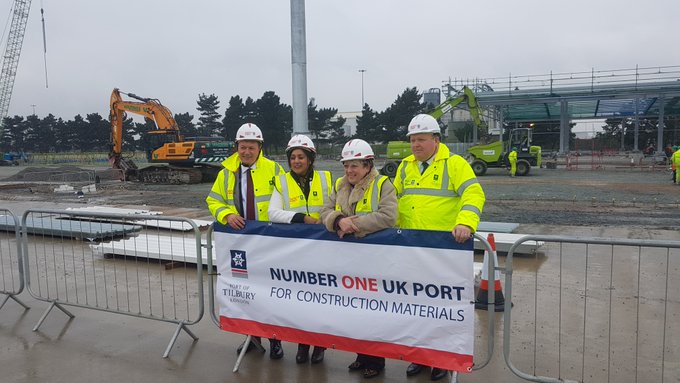 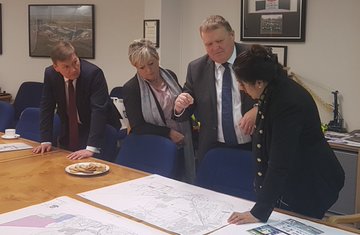 Nusrat Ghani MP, Maritime Minister, visited the Port of Tilbury – London’s major port – today for an overview of the Forth Ports Group’s flagship investment – the new 160 acre port terminal, Tilbury2 – alongside the community outreach, employment and re-training programmes to support former armed forces personnel and their families get back-to-work, utilising the Tilbury on the Thames Trust’s high-tech simulator suite.
The Minister also met two female graduate trainees and heard about the Group’s efforts to promote greater gender diversity, as part of the Women in Maritime initiative.
The Minister was also briefed on Tilbury’s network of short-sea container routes to northern and southern Europe, including the latest addition – a weekly service to Portugal (Lisbon and Leixões) operated by Samskip / X-Press Containerised, predominantly for fresh produce, beverages and manufactured goods.
The £250m Tilbury2 project consists of the construction of a new port terminal and associated facilities on land at the former Tilbury Power Station on the north bank of the River Thames at Tilbury. When operational in April 2020, Tilbury2 will be the UK’s largest unaccompanied freight ferry port, the country’s biggest construction processing hub and will see the creation of a new significantly larger rail head which can accommodate the longest freight trains of 775m. The site will be trusted trader Authorised Economic Operator (AEO) accredited and will employ the latest border technology, such as number plate recognition. The marine and terrestrial construction programme is being delivered by GRAHAM.The project is central to the Port of Tilbury’s £1 billion investment programme during 2012-20, which has seen it double the size of its business in the past 10 years and is projected to double the volume of cargo across the quay (from 16 million to 32 million tonnes) and increase direct employment (from 3,500 to 12,000 jobs) over the next 10-15 years.
“Our new port is nearing completion at a crucial time as the UK prepares to leave the European Union. Harnessing the best-in-class border processes, Tilbury2 will be Brexit ready when the first ship docks at the start of April,” commented Charles Hammond, Chief Executive of Forth Ports.
Nusrat Ghani MP, Maritime Minister, said: “Ports are at the heart of the UK’s economy and I was delighted to visit the Port of Tilbury today and see the progress being made with Tilbury2 after the major development was recently given the go-ahead by the Department for Transport.
“This is an impressive example of how we are supporting our ports to harness talent, boosting diversity and taking advantage of technologies to bolster the capabilities of nearly 30,000 people who work at the ports around the country.” 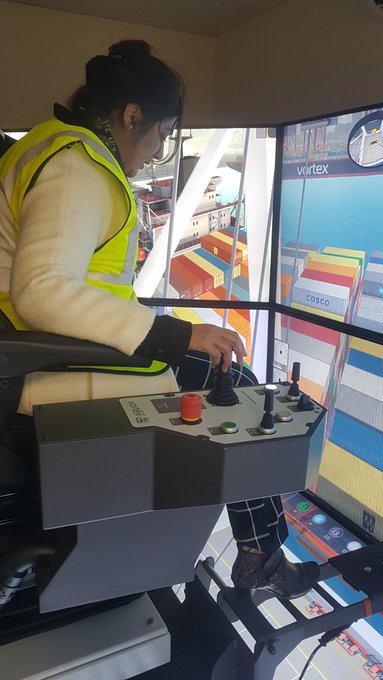 Today we welcomed Maritime Minister
@Nus_Ghani
and Thurrock MP
@JackieDP
to #ThePortofTilbury for a progress update on our new port. The Minister also tried her hand at moving containers using our training simulator #Tilbury2 #Investinginports
@transportgovuk 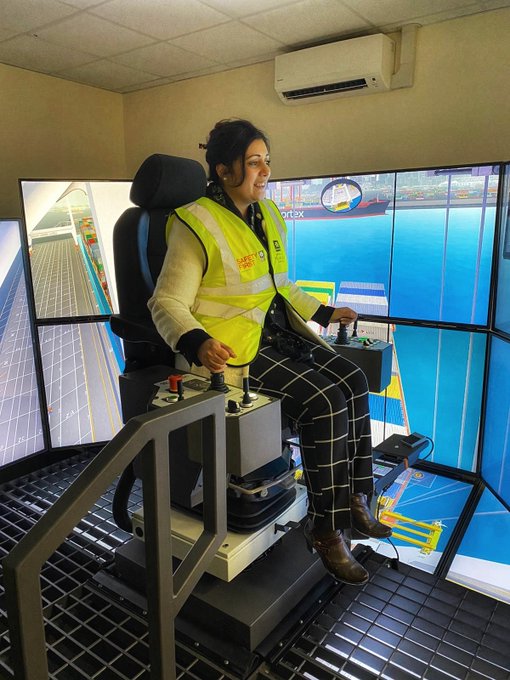 @Nus_Ghani
visited the Port of #Tilbury to see plans for Tilbury 2. A multi-million pound investment in the UK’s world leading maritime industry. #Maritime2050