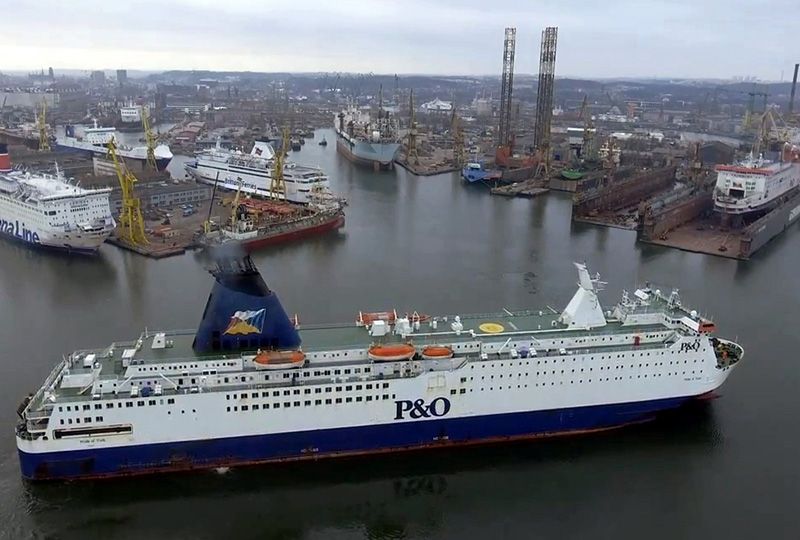 UK – The ongoing row regarding the crewing of flag of convenience ferries in British waters and flouting pay and conditions which would not be tolerated on a UK flagged vessel continues to simmer, and is now subject to yet another attack from maritime union the RMT.

This time however the argument has another dimension with the union directly accusing the government of broken promises, if not complicity. The RMT says on the 11 June 2019 in an exchange between Kelly Tolhurst MP, Minister for Small Business, Consumers and Corporate Responsibility and Hull East MP, Karl Turner, the latter said:

”It is disgraceful that P&O Ferries is employing Lithuanian cooks sailing from Hull to Zeebrugge on the Pride of York at €2.04 an hour. Filipino able-bodied seafarers crewing the Pride of Hull are paid $4.45 an hour. Will the Minister meet me to see what we can do together to stop these predatory capitalist companies taking advantage of foreign crews? This amounts to slave labour.”

The response from the Minister would appear to be unequivocal when she responded thus:
”I thank the hon. Gentleman for raising this point, and he is absolutely right: this is unacceptable, and I am more than happy to meet him to discuss it. But I just want to reiterate that the law is clear that any individual undertaking work in the UK is entitled to receive the national minimum wage; this includes workers in different sectors, which is why we are taking this action, and we will be laying legislation in the autumn.”

The RMT say that, up to now there has been no meeting either with Mr Turner or themselves. Now the union is pressing the government to honour this commitment and meet with it to resolve the matter. The case escalated when the RMT discovered that P&O, which reflagged all six of its cross channel ferries to Cyprus last year, is about to dismiss Portuguese ratings from the two abovementioned ships and replace them with Filipino staff.

RMT insist that flying in crews from their native homeland to work for minimal wages could seriously compromise the safety of passengers and crew on busy ferry routes to Zeebrugge and Rotterdam. RMT General Secretary Mick Cash has written to Kelly Tolhurst MP saying:
“As with other Ratings grades on these ships, the OBS crews are currently paid below National Minimum Wage rates to work two-month tours of duty, with no pension provision. The Filipino seafarers scheduled to replace them will be on the same conditions, but will be contractually obliged to work for tours lasting up to six months, raising major safety as well as employment concerns.

”The exploitation of existing crew on the Pride of York and Pride of Hull was raised with you at BEIS Questions in the Commons on 11th June 2019. In your response, you agreed that the crewing practice described on these two ferries is ‘unacceptable.’ Those practices have now worsened and it is clear to us that P&O sees the recent General Election result as an opportunity to profit from doubling down on seafarer exploitation on international ferry routes from the UK to the Continent.

”This case lays bare the failure of successive Governments to offer people in our maritime towns and cities the chance to work as Ratings in the UK shipping industry. As such, I seek an urgent meeting with you to discuss this case and the wider issues of UK seafarer employment which it raises.”