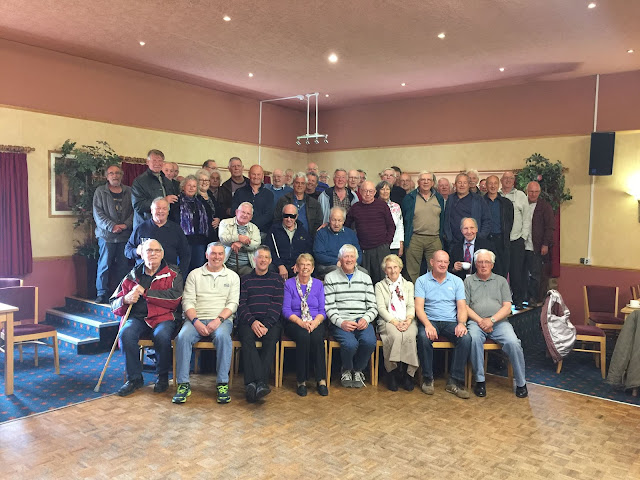 We are holding an Open afternoon on Tuesday 28 January 2020 1300 hrs to 1800 at Trimley Sports & Social Club. in order that ANY retired dockworker can pop in and see the sort of events we organise. Several new events are in the pipeline for this year. Members and partners are very welcome to attend this event, no charge, and if you know of any retired dockworkers, Foremen, Office Staff, please bring them along with their partners if they wish so they can see what we do. No obligation for them to join just come along and meet us.

Rich history of Felixstowe docks remembered by port stalwarts - what are your memories?

A group of retired Port of Felixstowe workers is calling on the community to share their memories of the town's famous docks.

The port was originally opened as the Felixstowe Railway and Pier Company in 1875 by Colonel George Tomline, but has majorly transformed in its 145-year history.
In 1967, it became Britain's first container terminal and has since risen to the rank of being the eighth busiest container port in Europe - and even welcomed the world's biggest container ship, the MSC Gulsun, in 2019.
With thousands of workers and millions of containers having passed through its gates, even the royal family has played its part in keeping the port running.
In 2011, Princess Anne loaded the inaugural box onto the MSC Esti during the opening ceremony for its new berths, while Prince Philip has twice visited the port - partly due to his love for all things maritime.

And with the town's infrastructure hub's rich history, a group has been created by former workers to help share memories.
The Retired Felixstowe Dockworkers Association is now run by a committee of former workers.
One of those on the committee, 62-year-old Ian Gow, said the port plays an integral role in the town like nowhere else can.
Mr Gow said: "It was a very strenuous job in the old days, but the most important thing was the community and the camaraderie - everybody looked out for each other.
"Let's face it, most of us have probably spent more time with our work partners than our real partners at home!
"At the end of the day, the place really became one big family.
"It really was a great job for us all, it was the place where you got a job when you were young and stayed there for the rest of your life.
"It is absolutely essential to the town and has been for years."
The group also regularly organises events including trips to the Houses of Parliament, breweries and ferry excursions.
Mr Gow added: "There is an awful lot of us dockers out there and we just want the opportunity for us all to come together and share our happy memories."
The group, which now has 160 members, will be holding its next event on January 28 at the Trimley Sports and Social Club from 1pm to 6pm.