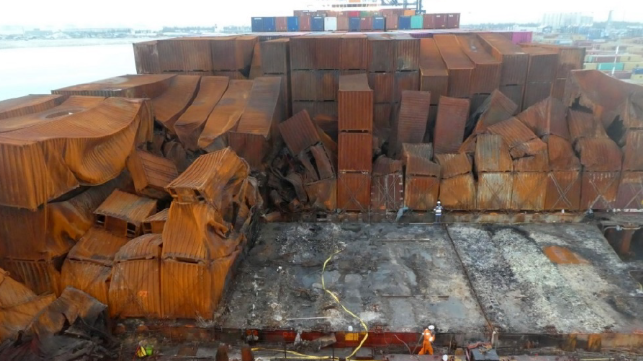 Germany's Federal Bureau of Maritime Casualty Investigation (BSU) has released its report into the container fire aboard the Hapag-Lloyd container ship Yantian Express last year, and it has determined that the blaze was likely caused by a misdeclared cargo of charcoal.
In the early hours of January 3, 2019, a fire broke out in a container stowed on the deck of the Yantian Express above Hold 2 while she was under way in the North Atlantic. With winds of Force 8-9, cold temperatures and rain, the conditions on deck were challenging for the firefighting team. 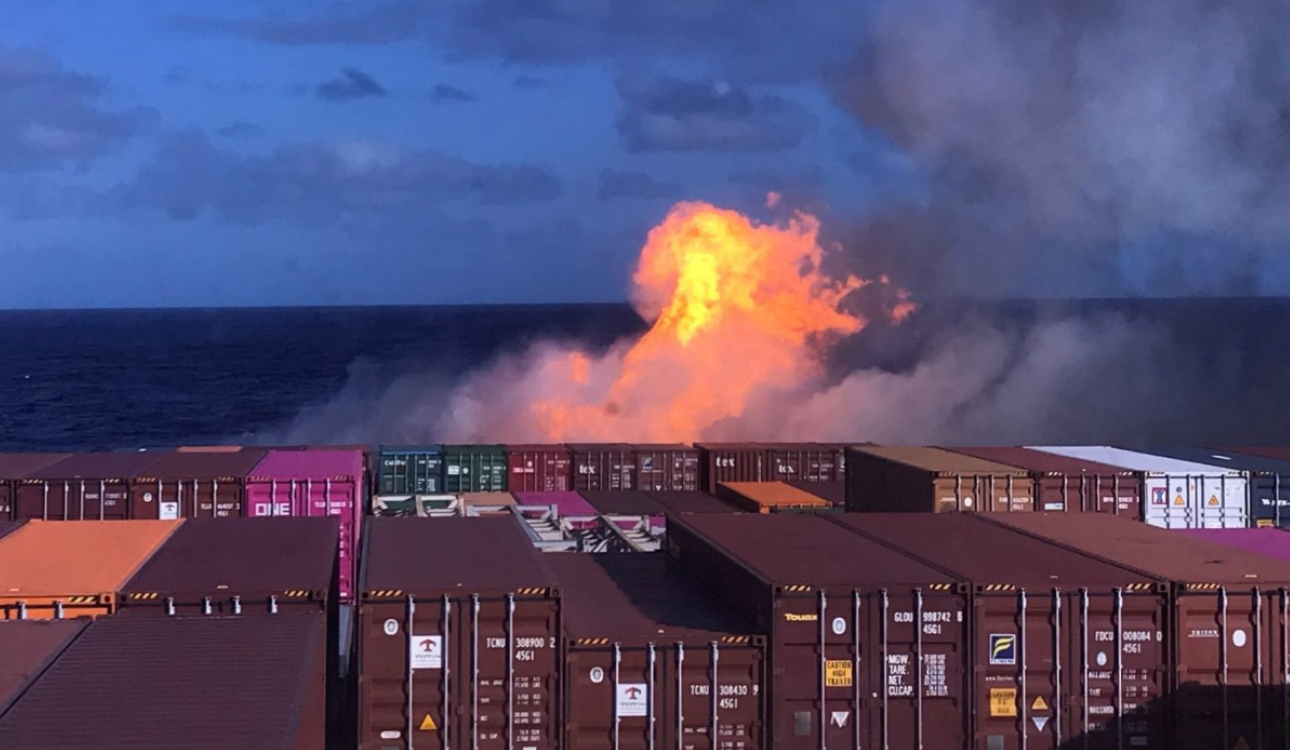 Copyright Hapag-Lloyd / BSU
By that night, the crew's supply of SCBA air tanks was spent and they had to cease active firefighting efforts. Despite this limitation, they set up fire hoses to cool the perimeter in an attempt to slow the spread.
Upon a request from the shipowner, the offshore tug Smit Nicobar diverted to the scene, and she provided assistance with her firefighting monitors beginning the evening of January 4. However, the fire continued to spread. 11 crewmembers evacuated to the Smit Nicobar, and the remaining 11 followed suit on the afternoon of January 6. A small team returned on board January 7 in order to set up a towing connection to the large offshore tug Maersk Mobilizer, which had also diverted to the scene.
On January 15, a team of professional firefighters and salvors arrived aboard the Boskalis AHTS Sovereign, and they managed to extinguish all burning containers on deck by January 21. The effort to put out the last burning containers belowdecks in Hold 1 continued until January 26.
The Maersk Mobilizer towed the Yantian Express to Freeport in the Bahamas, where the damaged containers were offloaded and inspectors boarded the ship. When BSU officials entered the containers that were stowed near the location where the fire broke out, they found that one box with a declared cargo of coconut pellets (compressed fiber used for feed or fertilizer) was actually a cargo of coconut charcoal, also known as pyrochar. 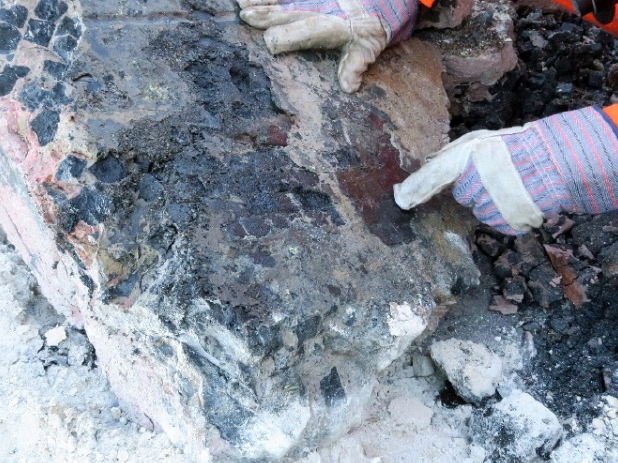 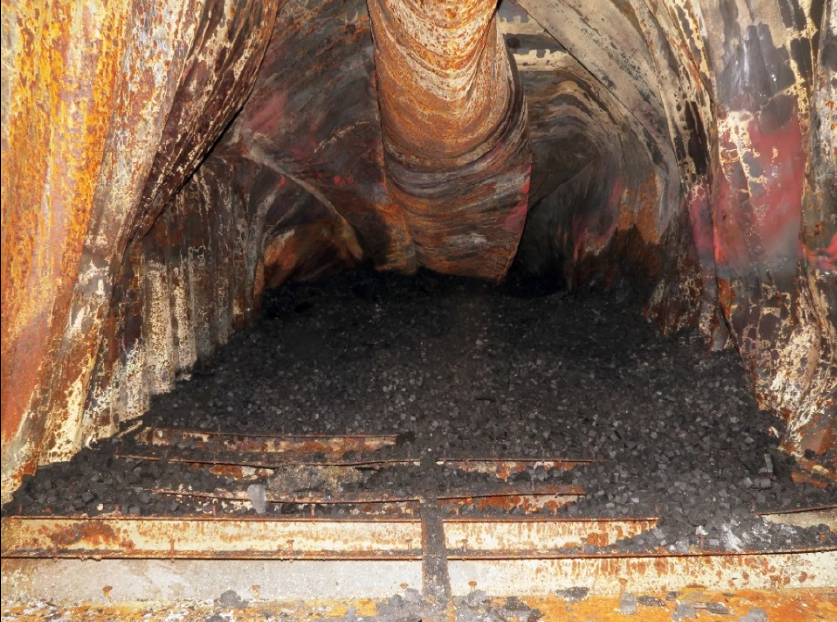 The interior of the suspect container (BSU)
Lab testing of some of the surviving charcoal cubes from this container showed that they had potential for autoignition below a temperature of about 50 degrees Celcius (122 Fahrenheit). Since there were no other obvious candidates for ignition sources in the area where the fire broke out, the BSU suspects that this cargo was the likely source of the fire. The intense heat generated by burning pyrochar within the container could have ignited an adjacent boxload of polypropylene bags, allowing the fire to spread.
Flammable goods with the potential for self ignition typically require testing and certifications for shipping, and the BSU's investigators could not rule out the possibility that the shipper misdeclared the cargo in order to avoid compliance requirements.
BSU also noted several difficulties that the crew encountered during firefighting. First, the CO2 flooding system for Hold 1 did not fully discharge due to a malfunction of its time delay system. This did not affect the course of the fire, but under different circumstances it could have created problems.
Second, the crew reported that firefighting and cooling underneath containers on deck was difficult due to the transverse bars welded between the container pads, which made it hard to spray water below containers in the middle of the stack; this is a structural design feature, but it created challenges for firefighting purposes.


Third, accumulated water from firefighting efforts disabled the electrical bilge well valve controls in Hold 2, making it impossible to dewater the compartment until adequate portable bilge pump capacity was deployed. Bilge pumping for Hold 1 failed as well, potentially due to debris and clogging. By January 11, the water in Hold 2 was 40 feet deep and the Yantian Express was trimmed by the head by about four feet.