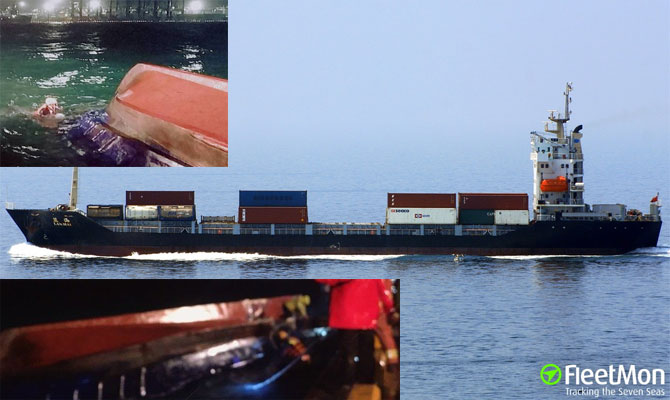 Container ship GODSPEED reportedly collided with pilot boat at 2045 LT (UTC +8) Mar 9, while entering Taipei Port, Taiwan, on arrival from Taichung Taiwan. Understood there were two crew on board, but no pilot. One of crew was recovered and declared dead, another one, skipper of the boat, is missing. The ship berthed at Taipei at around 2100 LT Mar 9.
Container ship GODSPEED, IMO 9426738, dwt 7990, capacity 500 TEU, built 2007, flag HK, manager CREATIVITY DRAGON HOLDINGS LTD, HK.