Ever Given eases from the Port of Felixstowe bound for Hamburg. 2nd March 2020 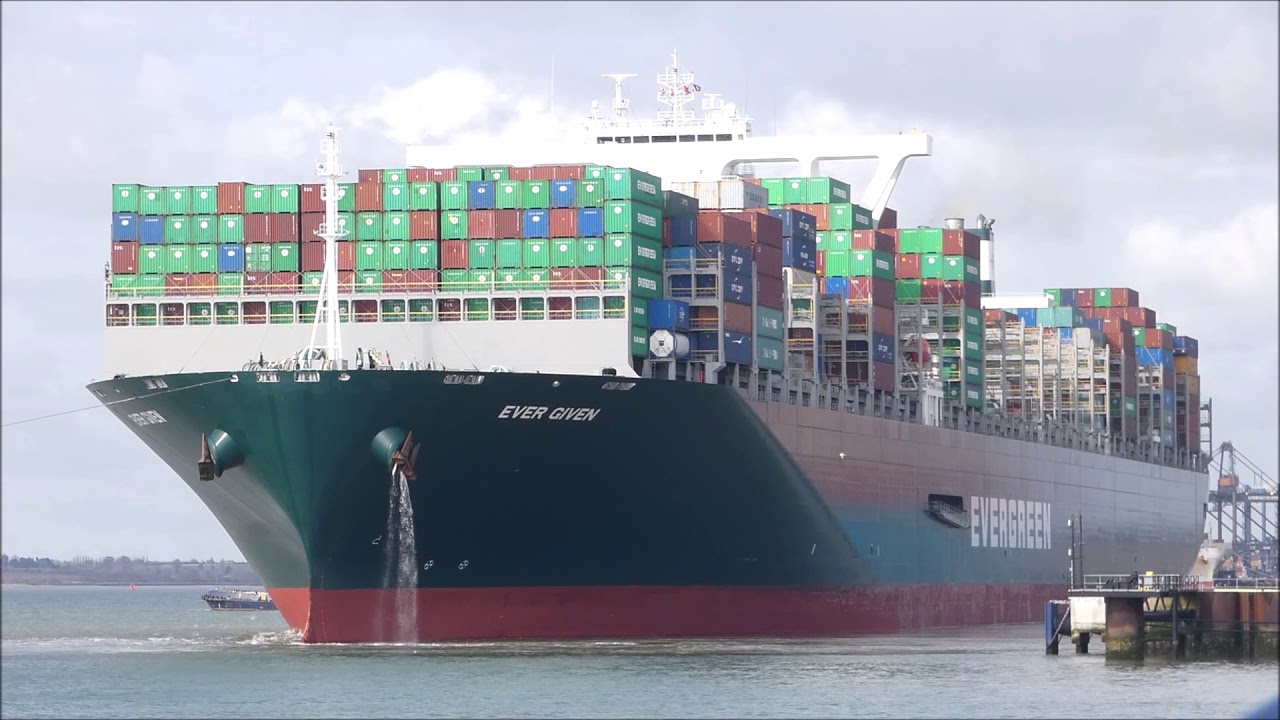