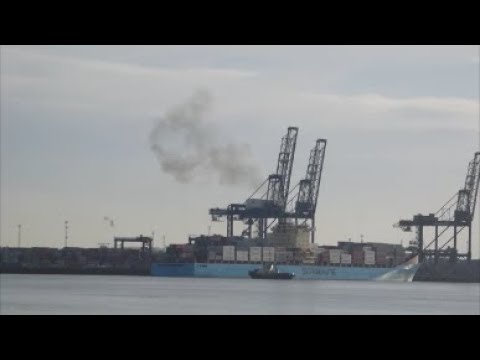 
Another plume of black smoke pours from the funnel as the engine rumbles ahead. Kent closes up to the transom ready to let go. They proceed to the tug pontoon to await their next work. The pilot navigates to the Sunk where he disembarks onto a Harwich Haven Pilot Launch and on to his next job of the day.
Posted by Felixstowe Dockers