UK manufacturers to regear factories to build ventilators for NHS 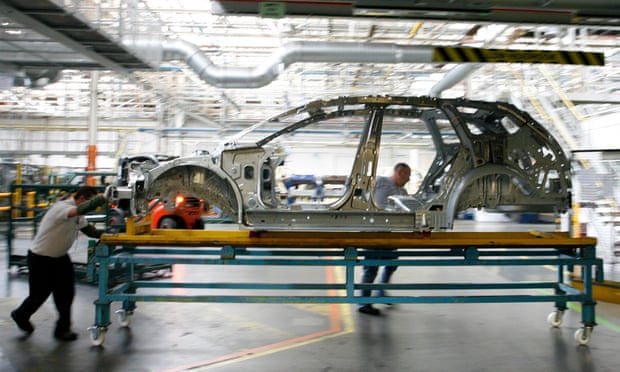 Vauxhall and Airbus to 3D-print parts in ‘wartime’ drive to make 20,000 ventilators in weeks

UK manufacturers such as Vauxhall and Airbus are planning to 3D-print parts for ventilators to treat coronavirus patients, as part of a “wartime” effort to build thousands of medical devices that will be overseen by a management consultancy.
More than 60 companies began responding on Tuesday to a request from Boris Johnson, made during a conference call on Monday evening, to help produce 20,000 ventilators in as little as two weeks. 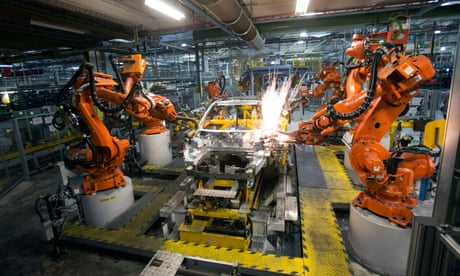 Read more
The plan aims to harness the power of British industry to assemble machines, as well as lending high-level design and 3D-printing capabilities to help companies that already make ventilators to produce more.
Vauxhall has offered to help with 3D printing and putting together the crucial devices, working from technical drawings to be provided in the next few days by the public research and development body Innovate UK.
“We are experts at assembly and efficient mass production; we know how to process and we know how to make it lean,” said Helen Foord, head of government relations at Vauxhall, owned by the French automotive group PSA. “We’ve offered our services as an assembly plant and we have 3D-printing capability at Ellesmere Port [car factory] too.”
The plant is scheduled to shut down until 27 March anyway because of coronavirus concerns and Vauxhall said this would free up capacity to make ventilators.
Production could involve using the car factory’s paint shops because, unlike the vehicle assembly lines, they have similar controlled-environment conditions to those required for the manufacture of medical equipment.
A source at another company said: “The question is, are there specific parts that can be made to support existing suppliers?” The source added that firms with sophisticated computer-aided design software and 3D-printing technology were well placed to help.
Some of the country’s top companies in engineering, the automotive sector and aerospace already use such technology to make components in the normal course of business.

Business Today: sign up for a morning shot of financial news

Read more
The source said it was likely firms would not charge for lending their expertise or staff. “It’s a bit of a wartime footing,” they said. However, it is thought that the government will pay for finished ventilators.
The combined effort is being coordinated by PA Consulting, a global consultancy has that previously worked on Sir Richard Branson’s high-speed transport project Virgin Hyperloop One and has also helped the UK Space Agency design a regulator for space travel.
Firms including Rolls-Royce and the UK’s largest carmaker, Jaguar Land Rover, have already said they are ready to assist the push to make ventilators in any way they can.
The aerospace multinational Airbus asked its engineering and technology teams this week to look at how to help the government equip the NHS for a surge in patient numbers, with options understood to include the 3D-printing of parts.
Breas UK, a specialist firm that makes ventilators, said it had increased staffing levels and was moving to a seven-day working week to cope with the demand.