Do you know what happens after you flush the toilet on a ship? 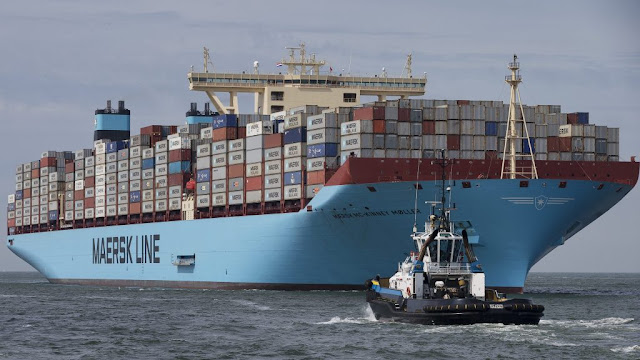 The average person uses about 80-100 gallons of water per day and flushing the toilet accounts for the largest share of this use, surprisingly topping even showers! While wastewater does not seem to be a problem for households, have you ever wondered what happens when we flush the toilet onboard a ship?

Regular personal care, including taking showers, using the toilet, doing the laundry as well as maintaining cleanliness in our space, can result to thousands of tons of sewage every day. Onshore, the wastewater ends up to sewage treatment plants, but when it comes to ships, people could suggest that this is emptied into the sea.

This maybe not a great problem when there are three people onboard, but considering that, currently, the largest cruise ship in the world can accommodate 6,780 passengers at the same time, we can understand that thousands of gallons of water are probably used onboard such a ship every day.
And if we also take into consideration that there are over 50,000 ships sailing the world’s oceans as we speak, it is understood that the discharge of raw sewage into the sea could become a significant source of marine pollution and create a global health hazard.

So, is it possible that all this wastewater used onboard is just emptied at sea?
Well, contrary to common beliefs, this does not typically happen, as the Annex IV of IMO’s MARPOL Convention, which deals with marine pollution, has restricted such ship discharges since 2003.
“The discharge of sewage into the sea is prohibited, except when the ship has in operation an approved sewage treatment plant or when the ship is discharging comminuted and disinfected sewage using an approved system at a distance of more than three nautical miles from the nearest land; sewage which is not comminuted or disinfected has to be discharged at a distance of more than 12 nautical miles from the nearest land.”
So, you have your answer! In the same way that the wastewater is treated in respective facilities onshore, the same happens onboard.

But how is the wastewater treated onboard?
In the same way of land-based plants, the engine room of a ship normally accommodates a sewage treatment facility.
The very first step is that, just as plastic from paper is separated in the recycling bins, black from greywater is also separated and enters storage tanks of the ship.
Greywater contains mostly remainings from showers, washbasins, laundries, and conditioner condensates, while blackwater is mostly sewage from toilets and generally includes the most harmful bacteria.
Special attention to the treatment process is given to the blackwater, which is the main issue of concern in regard to pollution threats. The procedure goes as follows:
Have you noticed that…

…there is a particular carefulness with the use of chemicals in the toilets onboard?
This is because these chemicals could accidentally kill any of this useful aerobic bacteria!
So the next time you will be on a cruise ship, give a moment to think of the little bacteria workers that turn pollutant waste into clean water which re-enters the ecosystem!
Regulatory framework in a glance
Sometimes, greywater is added to the blackwater in the treatment, but chemical shampoos and other such items of personal care could kill the useful bacteria of the treatment plant.
As such, greywater does not typically enter the sewage treatment plant and ships can throw it into the sea after minimal treatment and when they are far from land. This is because greywater does not normally include harmful bacteria.
However, several regions of the world with special designations, such as Alaska, now prohibit discharge of greywater. This is also common in ports, marinas and coastal areas, where greywater can also act as a major polluter.
Did you know?
Greywater reuse for toilet flushing is considered an environmentally friendly alternative for water conservation.