Ship Recyclers On their Knees, But Glimmer of Hope is Starting to Appear 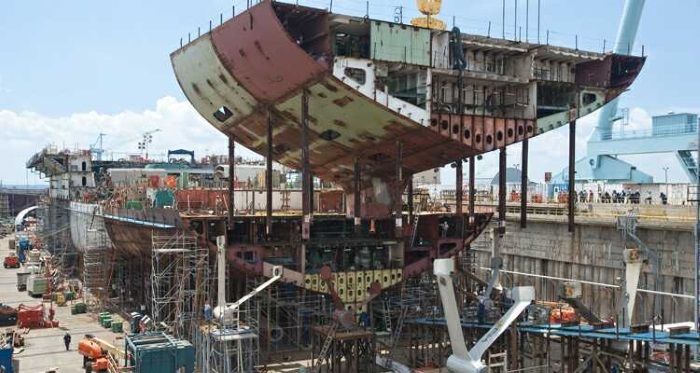 Lockdown measures, cancellations of contracts and financing issues are threatening to put a significant part of the ship recycling industry in the Southeast Asia under water. However, a glimmer of hope has started to emerge in the past few days.

In its latest weekly report, shipbroker Clarkson Platou Hellas said that “despite the lockdown being extended this week in India and Bangladesh (17th and 15th May respectively), there was finally some positive news to cling on to that the Governments in both countries wish to re-start the ship recycling industry again. As previously reported, India had allowed cutting to resume at yards who adhered to strict social distancing and precautions amongst its workers.

This is because the country is now divided in Red, Orange and Green zones, with Alang being a Green zone and being declared safe by the Government for workers to return to work, but with a limited workforce and strict distancing procedures in place. Furthermore, it has now been announced that vessels with Indian crew only can proceed into the inner anchorage at Alang and start Custom formalities followed by finally beaching the vessel, with one vessel having already beached this week. However, there are still no plans in place for vessels arriving with foreign crew.

In Bangladesh, there has been staggered rumours that the ship recycling business is fully functional at the yard level again and that beaching permission has been granted by the local authorities, who will now start to release an NOC to beach the vessels that have been held in quarantine at the anchorage since the lockdown began. The problem is that, those units all seem to be undergoing new negotiations from what reports suggest having missed previously agreed cancelling dates. It remains to be seen however if this process can return as there are still logistical issues to overcome on how foreign Crew will be repatriated post beaching with restrictions still in place on International flights”, Clarkson Platou Hellas noted.

The shipbroker added that “there are also further obstacles surrounding the issuing of Letters of Credit (L/C) by banks for the recycling of ships. Many yards pre Covid-19 were already struggling financially due to a lack of local currency and now with the economy experiencing a negative downturn due to the Pandemic, there seems to be little optimism that this destination will return with any real force for some time, unless the Government steps in and assists the industry further.

Some interesting reports emanating from Pakistan today is that the Government are ready to end the country’s lockdown this coming weekend. Despite a daily increase in recorded cases, it would be a surprise for this phase out to begin but whether any easing of restrictions in the ship recycling industry will be determined once any official announcement is made”, Clarkson Platou Hellas said.

Meanwhile, in a separate note, GMS, the world’s leading cash buyer said that “there has been a slow and cautious easing of restrictions in ship recycling sectors across the Indian subcontinent markets as certain yards get back to work in Alang and a few vessels waiting for special permissions in Bangladesh have finally been allowed to beach this week. However, lockdown measures for India, Bangladesh and Pakistan as a whole, remain in place until May 16th at least – with all flights grounded and restrictions on foreign crew entering the country still in place.

In fact, rumours abound in India that the lockdown may likely extend until June. As it stands, due to the ongoing virus scare, nearly 70% of the workforce in Alang has returned to their home towns on specially arranged trains by the Gujarat authorities. So those yards that did begin to cautiously open have been left with a decimated workforce and may as well remain closed at this time. It therefore remains extremely difficult to solicit any serious offers above USD 300/LDT at present, with most ship recyclers waiting on official reopening permissions on incoming vessels from government authorities, which may likely not be forthcoming for at least a few weeks.

Many deals that have missed cancelling dates due to force majeure conditions, have now been recommitted at much lower levels, with Ship Owners and Cash Buyers having to face the harsh realities of a much reduced market due to the pandemic”, GMS concluded.