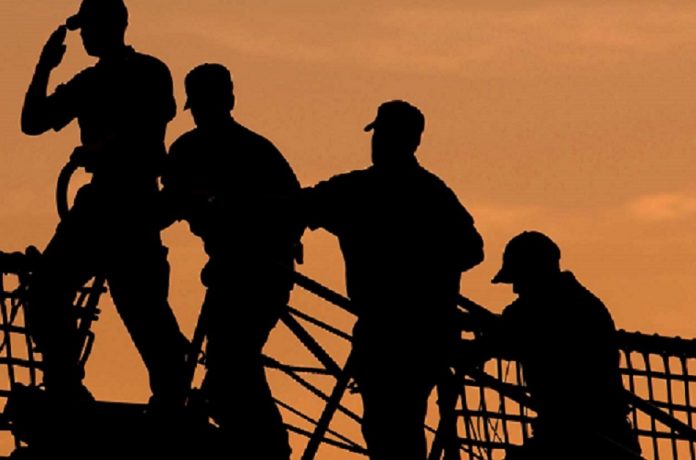 The International Transport Workers’ Federation (ITF) and the Maritime Union of Australia say government failures to support crew change will now cost a smelter operation millions of dollars and even more to the local economy, as the unions help the exhausted Burmese crew of the Unison Jasper to stop working and get off the ship.

The bulk carrier Unison Jasper was carting alumina to the Tomago Aluminium smelter near Newcastle when it was recently detained by the Australian Maritime Safety Authority (AMSA) in the Port of Newcastle. The action took place following allegations that crew members were abused, intimidated and forced to sign contract extensions which would have kept them on board for up to 14 months, well beyond the legal maximum off 11 months.

The unions alerted AMSA to the human rights breaches, and the agency swooped. Dean Summers is ITF Coordinator for Australia, he says the detention of the ship shows that Port State Control agencies such as AMSA will act when seafarers say ‘enough is enough’ and stand up to enforce their rights to get off during the mounting crew change crisis.

“This is the latest flare up where seafarers are standing up and exercising their human right to stop working once their contracts have expired, and get off these ships. It is totally outrageous that these seafarers were already 13 months at sea when the Australian authorities granted this ship a licence to do this run along the Australian coast,” said Summers.

“Exploitation is bound to happen when the federal government allows foreign-crewed vessels to replace Australian jobs.”

“The crew have said ‘we’re not moving this anywhere, now’ and they’ve actually come down the gangway and off the ship. It’s not going anywhere. Now it’s the responsibilities of the Taiwanese owners which have profited off the abuse of these seafarers to deal with a dead ship in a very expensive berth, as the losses will be mounting for the smelter and their buddies,” added Summers.

Unions constructed a wind break around the huddled crew dockside last Friday, as Covid-19 pandemic restrictions prevented them from going more than 13 metres from the vessel.

“This shows the absurdity rules brought in by governments like Australia in the pandemic world. Despite the intimidating experience these seafarers have been through, they are prevented from coming more than 13 meters from the ship. Our ridiculous rules deny them even the dignity of that,” said Summers.

“The ITF and our affiliates have been clear: governments need to bring in practical exemptions from travel, transit and quarantine rules for seafarers so they can get to and from ships. I’ve no doubt that this situation with the Unison Jasper is a consequence of federal government inaction to coordinate the industry across states, agencies and internationally.”

“This is a lesson for the politicians and bureaucrats who seem incapable of bringing in green lanes for seafarers to get crew change, so seafarers don’t have to take the drastic action of stopping ships, as they have done here,” he said.

The ship now won’t move until the ship owners can find fresh crew, who themselves must go through two weeks of quarantine on arriving in Australia, even if they have a negative Covid-19 test result in their home countries.

“The Unison Jasper will sit here for weeks, maybe a month, not moving and not helping Australia’s economic recovery. That is the cost of ignoring the plight of a tired and fatigued workforce and applying blanket rules to this essential workforce. This incident was preventable, but preventing it requires action from our leaders. Without action, this won’t be the last ship held up,” said Summers

“We are on the verge of our ports choking with ships unable to sail, not because of industrial action by unions –

but because of the absolute exhaustion and fatigue of forgotten seafarers. If for no other reason, it’s the threat of a trade shut down, that Australian exporters should be asking the politicians why this crisis grows.”

“This case demonstrates a lack of coordination in government agencies and seafarers are suffering as a result.

If governments don’t work with each other, on the national and global level, then we will find more seafarers saying ‘enough is enough’, and more ships will be held up. That could cost industry billions. Perhaps then the politicians and bureaucrats will care,” said Summers.