Unions get most Workers home, Challenging times ahead 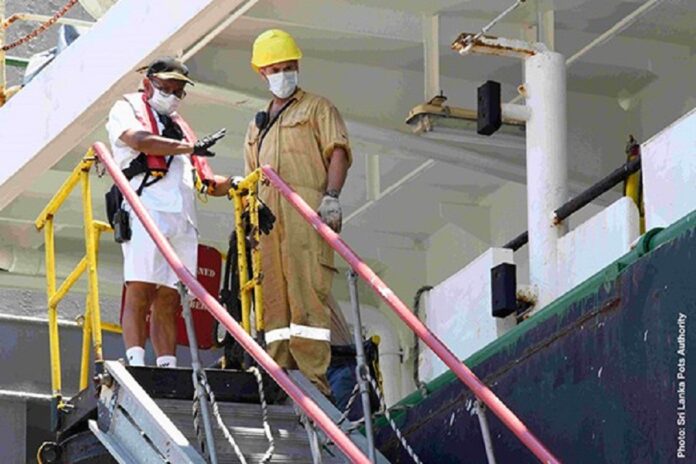 As the global cruise industry and seafarers’ unions near completion of the repatriation of almost 250,000 seafarers, the International Transport Workers’ Federation (ITF) warns that there are challenging times ahead for the industry and its workforce.

The ITF and its affiliated unions represent much of the global cruise ship workforce. The federation and the unions have actively supported the return of tens of thousands of seafarers in all categories from catering, hospitality staff, and entertainers to deck and engine crew, who were left stranded aboard cruise vessels across the globe as Covid-19 struck and governments shut their borders.

Dave Heindel, Chair of the Seafarers’ Section of the ITF, says the pandemic has shown the best and worst of humanity.

“On the one hand we’ve seen governments shamefully shutting their doors to seafarers as port states, transit countries and even the home countries of seafarers when really they should have done everything within their power to get seafarers on cargo and cruise ships home. On the other hand, this pandemic has shown the best of unions and many employers who have tried their hardest for these seafarers in really difficult circumstances,” said Dave Heindel.

“We have nothing but respect and admiration for the seafarers. These are people who simply went to work and found themselves trapped aboard what some seafarers came to call their ‘floating prisons’, unable to come ashore even for a walk. We thank these seafarers for their patience and fortitude through an incredibly difficult time. Some seafarers have been overwhelmed by the situation, and some have tragically taken their own lives out of desperation. We are deeply saddened by these events, and although most of us have never experienced a situation like theirs, we feel for them and their families. Seafarers deserve solidarity and respect from the public for what they’ve endured during this pandemic,”

“It is difficult to overstate the scale of the operation needed to get almost 250,000 seafarers home from cruise ships dotted around the world. The ITF family of maritime unions have been working round the clock since March to coordinate visas, flights and travel exemptions for seafarers to get home to their families,”

“While this is a fantastic result in the cruise industry, we need to remember that there remain around 300,000 seafarers trapped working over their contracts aboard cargo vessels, some as much as 16 months. Well over their 8-9 months as expected. This number is growing day-by-day. The answer here is simple: governments have to make practical exemptions to restrictions on seafarers’ travel and transit so that we can see a return to functional crew changes. It is imperative that we get these hundreds of thousands of seafarers off their ships after their contracts have expired, just as we did in the cruise industry,” said Dave Heindel.

“We commend the cruise lines and those governments which have worked with the cruise lines to achieve the repatriation of nearly a quarter of a million seafarers from these ships. This has required tremendous logistical coordination,” said Johan Øyen.

“This success has occurred despite governments, including flag and port states, failing to live up to their legal and human rights obligations under international law. Not only was it morally wrong for states to refuse seafarers the ability to come ashore in order to get home, it was also illegal. We will be looking at what kind of enforcement mechanisms are required to prevent states from shirking their responsibilities in the future,” said Johan Øyen.

“Despite the challenges, the majority of the cruise industry has worked to achieve this result. The ITF and our affiliated unions look forward to working cooperatively with the industry to ensure recovery plans and the restart of operations coincide with an open conversation on how to improve the working and living conditions of seafarers onboard,”

Øyen says the ITF is concerned at reports that a number of Covid outbreaks have occurred on cruise ships in recent days, although at least one of these outbreaks is believed only to have happened due to important procedures not being been followed prior to the voyage.

“Cruising should only happen again when adequate health and safety measures are in place and are followed, and commitments are made from cruise location countries that they will allow seafarers shore leave and ashore for medical assistance and crew change as required. Cruise lines need to learn from the mistakes many of them made early in this pandemic to ensure safe work environments for seafarers,”

“We hope the global community will take note of the suffering of the seafarers left for months on board waiting to get home, and pay due respects to those seafarers. They are heroes of this pandemic,” said Johan Øyen.